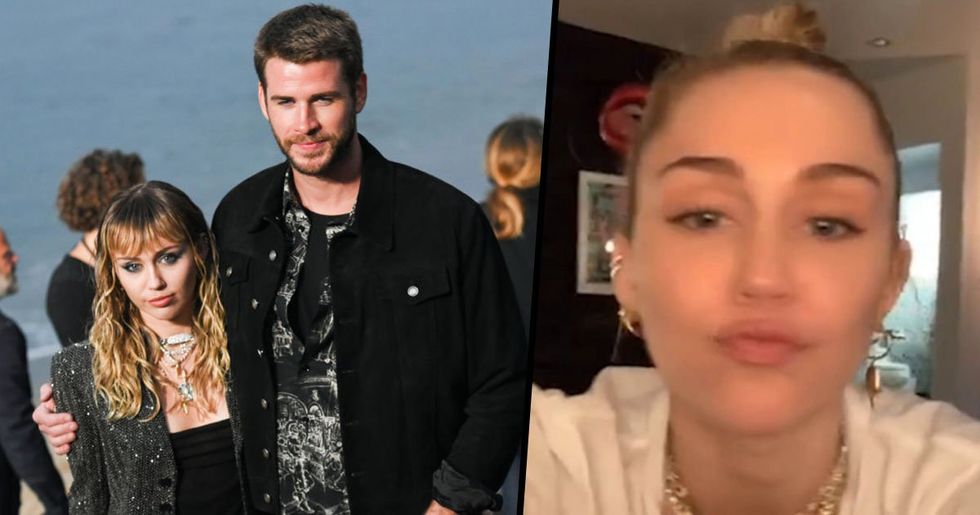 Miley's had a whirlwind of a couple of months. First, fans were freaking out after photos of the star looking worryingly skinny emerged, then Miley was caught making out with Cody Simpson, then she confirmed that he in, in fact, is her boyfriend, and then she was hospitalized with Cody rushing to her side. Oh, and she's been going through a highly publicized breakup from her husband, Liam Hemsworth on top of all this.

Miley hasn't said too much about why she and Liam broke up (again), but now she seems to have opened up about her feelings towards her ex in a candid Instagram live video. And she didn't hold back.

Fans were worried at the sight of the star in hospital.

Miley's sure had a tough couple of months and after those pics surfaced, Twitter was concerned, to say the least. "It breaks my heart seeing my baby at the hospital. Feel better soon MC," one Twitter-user wrote, while another wrote: "Miley Cyrus in a hospital bed sick gives me anxiety pray for baby girl! Wish her all the best!"

These updates included a picture of Cody rocking up to the hopsital with roses and his guitar. Aw!

Fans are taking this to mean Miley thinks ex-husband Liam is not a good person or is "evil." I don't care what went down with you guys... But don't put your ex on blast on Instagram live, Miley. It's not cool, and it's just undignifying and embarrassing on your part.