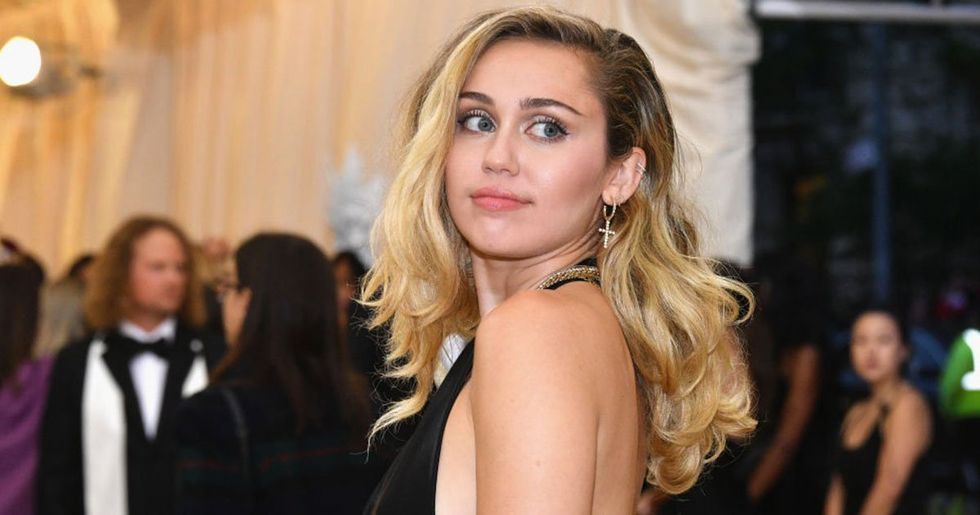 Well, since that happened, it seems as if Cyrus has been hitting the headlines for her body and, it has to be said, she does look different...

And since she has been discharged, she's been taking care of herself better.

She recently posted a video to Instagram where she is doing some yoga. Her sculpted figure has definitely gained some more definition which fans have noticed.

The short clip shows her doing the Cobra Pose...

As she gracefully gets back to her feet with ease, her flat stomach and her toned arms are proof that Cyrus has been including yoga in her daily routine.

Miley is in her workout gear revealing her fresh ink...

You can clearly see her new skeleton tattoo that is rumored to be in homage to her man, Cody Simpson.

She also posted a black and white selfie outlining the benefits of yoga.

"Found myself continually being called to my mat today. I surrender, back on the floor feeling it's grounding nature/properties."

"If you can take even 10 seconds to feel the weight of gravity and think of something or someone you are thankful for! Gratitude is the cure for stress."

Fans are just happy that the twenty-seven-year-old is taking care of herself.

We hope Miley continues to live her best life after having such a turbulent year. And if you're in the mood to read more about body positivity, then keep scrolling to see Adele's transformation! It's bloody amazing...