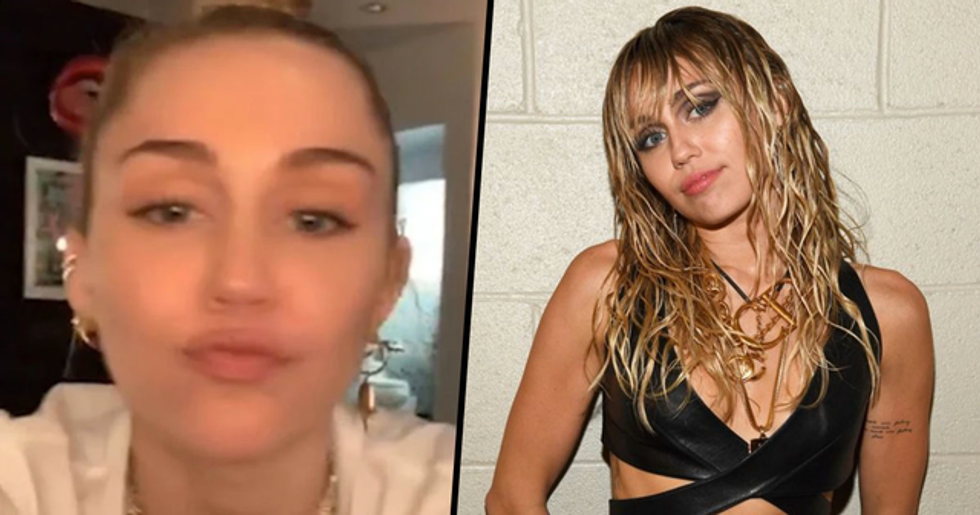 Miley hasn't said too much about why she and Liam broke up (again), but now she seems to have opened up about her feelings towards her ex in a candid Instagram Live video. And she didn't hold back as she tore into Liam, hinting that he is a "bad person", and that she thought she "had to be gay" in order to find love. Ouch.

And now, she has received major backlash for her words.

It's true. Miley has moved on quickly.

Fans are taking this to mean Miley thinks ex-husband Liam is not a good person or is "evil." I don't care what went down with you guys... But don't put your ex on blast on Instagram Live, Miley. It's not cool. It's just undignifying and embarrassing on your part.

But people are seemingly growing tired of Miley's childish behavior...

And many have slammed her for her comments on being gay.

Many have slammed the singer for her ignorant comments.

Because I'm not sure if you've been aware, Miley, but being gay isn't a choice. Women don't just choose to be gay, okay?

Miley has long been an advocate for LGBTQ rights...

And she is a positive role model for many queer people, so her comments have left her fans shocked and confused.

And she claimed that she "always felt that she had to be gay"...

@outmagazine How can she say that like her sexuality is like what she is choosing for dinner? Totally downplays peo… https://t.co/w0WOtu9hE7
— Katie Ann (@Katie Ann)1571668970.0

Which is quite confusing considering she dated Liam on and off for a whole decade? Hmm...

Let's hope the singer will stop playing these childish games and come to her senses soon...