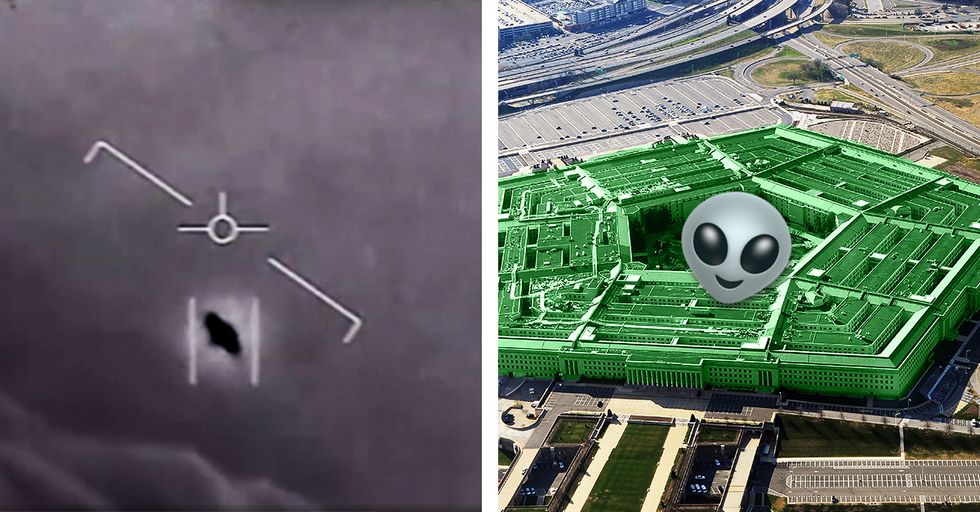 Have you ever heard of the Fermi Paradox? Scratch that, have you ever heard of Enrico Fermi? Fermi was a brilliant physicist who built an atomic reactor in a squash court. Seriously, the dude was freaking smart. So smart, in fact, that a simple conversation he had over lunch in 1950 has dominated the mind of every scientist at the Search For Extraterrestrial Intelligence (SETI) for decades since.

While pondering the question of how many sophisticated extraterrestrial societies populated the galaxy over what we assume was a perfectly done meal, Fermi suddenly had a simple, but profound question – "where is everybody?"
After all, there an estimated 500 quintillion (500 billion billion) sun-like stars in the universe, which in turn necessitates that there are 100 billion billion earth-like planets out there. The very helpful people at Wait, But Why have explained the necessary math.
In any event, with all these earth-like planets, there must be "10 quadrillion, or 10 million billion intelligent civilizations in the observable universe. In our humble Milky Way galaxy, in fact, "there are 1 billion Earth-like planets and 100,000 intelligent civilizations."
That sounds like a lot except, if you think about it, the stars in our night sky consist of what amounts to a pinprick in the galaxy. Which begs the question – where is everybody?
Fermi and his colleagues had a couple of explanations for this fact:

The reasons for explanation 2 range from the benign – (we're in a part of the galaxy that's a protected zoo-like environment) – to the horrifying (there's predatory civilizations out there, so people don't broadcast their presence in fear they'll be discovered) – to the straight up mind-boggling (the other civilizations are so advanced we literally can't comprehend them). Now, however, there is definitive news we're probably not alone.

A Navy pilot recalls his encounter with an unidentified flying obect: “I have no idea what I saw,” Commander David… https://t.co/LawqcK77lV
— NYT Politics (@NYT Politics)1513474265.0

This Saturday, the New York Times issued a report on a recently declassified agency in the Pentagon. Named the Advanced Aerospace Threat Identification Program, it was run by a military intelligence official named Luis Elizondo, and housed on the "fifth floor of the Pentagon’s C Ring, deep within the building’s maze."

Basically, it was well-hidden as sh**. Even after it was dismantled in 2012, the Defense department refused to acknowledge its existence, which made sense because the program was built to study reports of UFOs.
The program was started at the behest of former Senate Majority Leader, Harry Reid of Nevada in 2007 with only $22 million – most of which went to billionaire Robert Bigelow's aerospace company, "which hired subcontractors and solicited research for the program."
Over the years, it produced startling reports of aircraft that seemed to "move at very high velocities with no visible signs of propulsion, or that hovered with no apparent means of lift."
Program officials studied encounters between military aircraft and the unidentified vessels. They also studied "metal alloys and other materials" that had been recovered from "unidentified aerial phenomena".
Furthermore, researchers "studied people who said they had experienced physical effects from encounters with the objects and examined them for any physiological changes."
One engineer who worked at the program, Harold E. Puthoff, explained, "We [the engineers are] sort of in the position of what would happen if you gave Leonardo da Vinci a garage-door opener... First of all, he’d try to figure out what is this plastic stuff. He wouldn’t know anything about the electromagnetic signals involved or its function." So basically, they were dealing with things the most brilliant scientists couldn't explain. Awesome, right?
There's even footage and audio recordings. One from a Navy F/A-18 Super Hornet shows:

an aircraft surrounded by some kind of glowing aura traveling at high speed and rotating as it moves. The Navy pilots can be heard trying to understand what they are seeing. “There’s a whole fleet of them," one exclaims. Defense officials declined to release the location and date of the incident.

While Mr. Reid, now retired, was highly proud of the program, it was shuttered in 2012. "It was determined that there were other, higher priority issues that merited funding, and it was in the best interest of the DoD to make a change," a Pentagon spokesman explained to the NY Times.
Still, the onetime program director Luis Elizondo is emphatic that there needs to be continued inquiry into unidentified phenomena. "My personal belief is that there is very compelling evidence that we may not be alone," he said in a CNN interview.

"My personal belief is that there is very compelling evidence that we may not be alone," says former military intel… https://t.co/zYWGl8WSUE
— CNN (@CNN)1513646038.0

Still, this is not the first time the United States has investigated UFOs. As the NY Times explains:

In 1947, the Air Force began a series of studies that investigated more than 12,000 claimed U.F.O. sightings before it was officially ended in 1969. The project, which included a study code-named Project Blue Book, started in 1952, concluded that most sightings involved stars, clouds, conventional aircraft or spy planes, although 701 remained unexplained.