Millennials Are Snatching up 'Cheap Old Houses' via Instagram | 22 Words 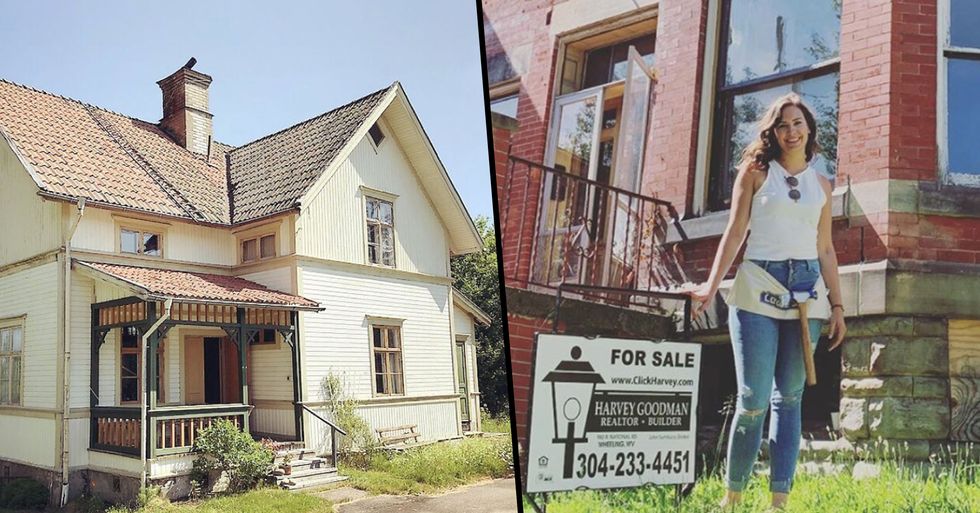 Millennials Are Snatching up 'Cheap Old Houses' via Instagram

Say what you like about millennials - because the internet sure does. In fact, they face such a roasting online that it's almost as though older generations have taken out a personal vendetta against them.

But now some millennials are bucking the stereotypes, scooping up some amazing property bargains. And the best place to look for them? A millennial favorite, Instagram, of course!

Everyone tends to think that their age group has it the worst, and usually the blame for that rests primarily on other generations.

But there's one generation that most often bears the brunt of the criticism.

Millennials seem to be almost universally derided by the internet for their broad range of crimes.

But there's one thing that millennials are nearly constantly blamed for.

They're a generation who have, essentially, stopped buying things - and this anti-capitalist (or perhaps budget-induced) stance has a large part of the internet feeling aggravated. But, in spite of it almost being a meme at this point, there are certain things millennials actually are ruining.

Only one-third of millennials own their home - with another third still living with their parents. This is the lowest rate of homeownership since the '60s.

But it seems that trend is set to change.

Cheap Old Houses is an account dedicated to ... well, just that!

And it's growing in popularity by the day.

Well, it has a lot to do with the current pandemic.

Renting in the city is hugely costly.

And with the current virus circulating, many are questioning whether it's really worth it.

Many are finding they can do their usual jobs from home.

And going to bars, restaurants, and cultural events still feels too dangerous for some.

More and more millennials are thinking about their actual home.

Rather than being so overly focused on location.

Having more space and a garden is more important than ever.

And since it's harder than ever to get on the property ladder ...

These more affordable properties are ideal!

"The idea of homeownership seems impossible to so many people."

"Some people are tired of pushing paper and staring at pixels all day," explained founder Elizabeth Finkelstein.

"They dream of working with their hands."

"The site helps people realize that it’s not so off-kilter to think you can attain these things."

"I’m not surprised by the attraction right now."

"You get this kind of feeling of escapism. It’s the perfect storm of emotions."

But, while these prices appear incredibly low ...

It is important to note that these properties tend to require a lot of expensive work.

Nonetheless, many millennials are charmed by these homes.

"With all the back rooms, corridors and staircases, I imagine myself inside a fantasy novel I read as a little girl, but now I’m living the grown-up version," said one.

Having such a large indoor project is welcome by many right now, too.

"It brings me solitude, working on something that we’re always inside. We can’t go anywhere, anyway."

Some even cite their old houses as offering a sense of security.

"If this home has lasted 200 years, I can get through this. It’s probably been through a few pandemics."

Fancy a cheap old house of your own?

Check out the account, here. Want more from millennials? Scroll on for their current online war with Gen Z.