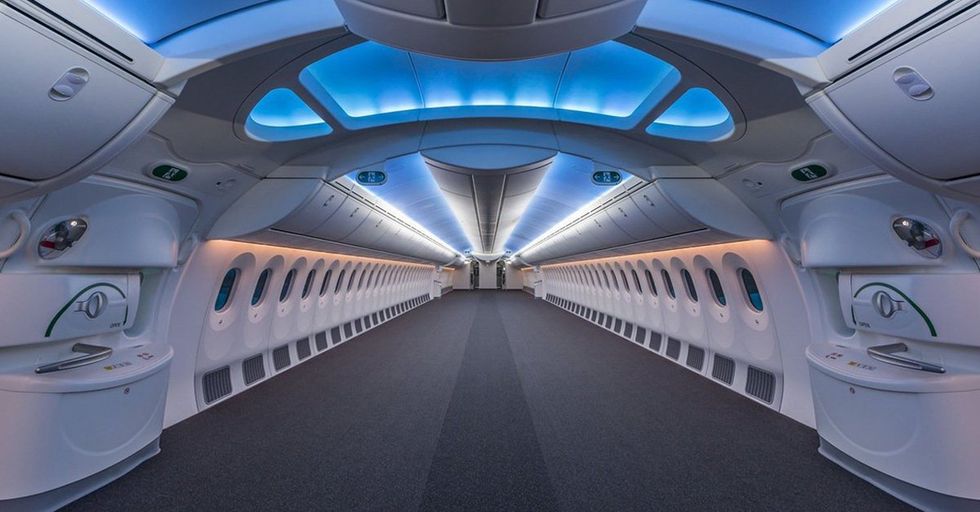 If you think about it, we generally look at the same few things every day. The trees on your commute to work. The people in your life. Your phone. Rarely do we stop to see the roses anymore. (Yes, I am making that a phrase). And I do not mean that we don't even see the roses. Sure, we look at them. But rarely do we take the time to really look at them. The individual petals. The thorny stems. The deep green leaves.

So, now it is time for us to stop and see the roses for once. The pictures in this gallery are not necessarily super unique things. They are things that we know exist. But we just don't ever take the time to really look at them, to really examine them up close. Everyone has, for example, become sick with a virus before. But do you know what a virus actually looks like? Well, you are about to find out.

If you wear glasses, get ready to dramatically remove them for every picture in this list.

If you don't wear glasses, you will probably still make the gesture even though you're not actually removing any glasses. That's how crazy these photos are.

No matter where you live int he U.S., you probably come across raccoons. But have you ever seen an albino raccoon? He's too cute!

Field reporters always look so glamorous and put-together and poised. Really, they're just hiding a big ol' mess of equipment behind them at all times.

This is what an actual virus looks like! Totally spooky. Looks like something out of the Upside Down in Stranger Things.

Woah. I guess theoretically, I knew that records were pressed out, but I never thought of them as being a puck you could hold in your hand. Cool.

Speaking of salt, we're taking it from the very micro to the hugely macro. This is the inside of a salt mine!

I don't think I've ever seen like a real, baby flamingo. I've seen like, teenage flamingos, but this little fluffball is teeny tiny! Though he already knows how to stand on one leg.

This is the handprint of a child after he played outside. It is beautiful, and also gross.

I knew they were grippy, but I don't think I've ever seen a gecko foot up close before. It's so cool. Nature's crazy, man!

As a former softball player, I know how it feels to get hit with a fast-moving ball (hint: it's not good). But rarely is a photo snapped right as the moment occurs. Ouch.

The seeds look super cool, but what are those weird little wiry hairs all over the surface? They do not look delicious.

If you're a stunt driver for a movie car, sometimes, this is where you sit. I couldn't imagine driving a car from way up there.

Wow, all this is doing is making me want a cup of tea and a bunch of biscuits to dunk in it.

I don't think any of us, unless you work in a potato storage facility, have seen that many potatoes in one place before. That's a lot of potatoes.

Globe for the blind

This is incredible! I am so curious about how you are supposed to read this. It's so interesting!

This 14-year project took tons of commitment, and honestly, I'm glad Pete committed to it because this is amazing. You never see this many coats of paint!

This gives a whole new meaning to the phrase "snow globe." I really want to be standing under it when a bird lands on top and all the snow falls at once.

This dead cactus is completely gone...except for its needles. How cool is that? You don't often see totally dead cactuses out there.

Ever wonder what a plane would look like without seats? Well, this is it! Man, there's so much room for activities.

Elephant tails are probably the least cute part of the elephant. But it is cute when one elephant uses his trunk to hold another elephant's tail.

I guess it is appropriate that seeing an intact human nervous system is making me really nervous. Like, ew.

Oh my god you guys, Pluto is so cute! It's so small and adorable! It's the best non-planet planet thing in the galaxy!

No biggie, you're just going to be haunted by this image every time you close your eyes for the rest of your life!

It's crazy how the human body works. One commenter explained that sweat glands don't form in scar tissue, so there is less sweat on the scar to attract and capture dirt.

This is like those little rocks that you buy in gift shops, only absolutely huge! It almost looks like a monster that will eat you.

Nature is fascinating, y'all. The way ice crystals form is so beautiful and poetic, but it's like, science, too!

I had no idea that sperm whales didn't have upper teeth and instead had holes that their lower teeth fit into. That's weird!

This is so cool. Share this with someone to blow their mind!