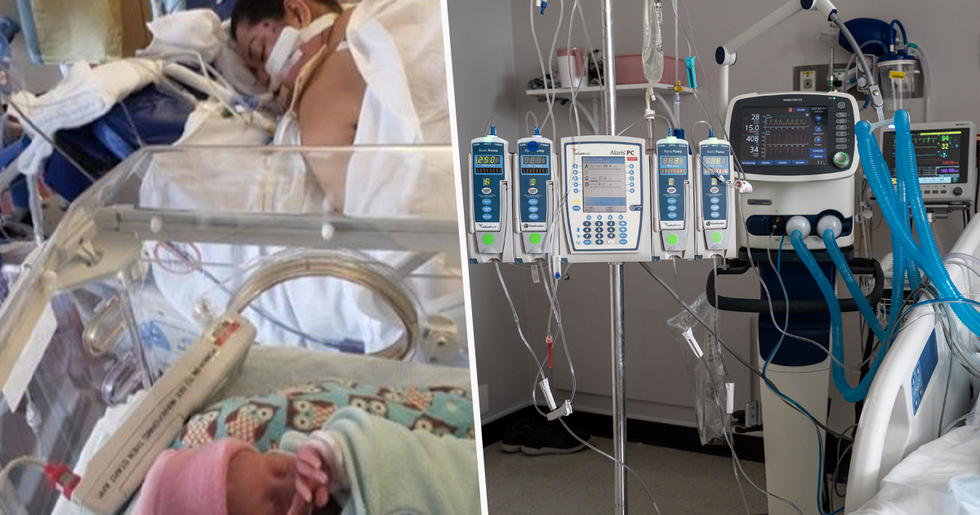 Minnesota Mom Dies of Coronavirus After Giving Birth While on Ventilator

A young mum has died of the deadly coronavirus just one month after giving birth while on a ventilator.

This story is truly heartbreaking...

In Minnesota, the most heartbreaking story has emerged as a young mum died of the virus after giving birth.

It happened at North Memorial Hospital.

She had a test but the results came back as negative.

Her husband Juan Duran detailed on a GoFundMe page set up for the family, that she called her doctors and was told to stay at home, but over time she began to feel worse.

By June 14th Aurora "could not take it anymore" and was admitted into the hospital. Only 5 days later on June 19th she was then sedated and intubated.

Her husband described her as "a 35-year-old healthy woman with no pre-existing conditions."

Whilst speaking to Fox 9 before her death he also added, "We never thought this could happen to our family."

As Aurora's condition worsened doctors decided that an emergency C-section would be the option for both mom and baby.

And thus, Aurora delivered the baby while she was on the ventilator.

On the donation page, Juan wrote that "My daughter was born at 30 weeks gestation but luckily she is doing very well."

Speaking to Fox 9 he revealed that her name was Andrea and he said, "She’s four pounds, two ounces now and her heart is doing great. She can breathe by herself. She eats, she smiles, she cries."

But, sadly whilst baby Andrea got stronger, mom Aurora took a turn for the worst with the ventilator providing 100% of her oxygen.

He wrote, "They have given her some treatments but the doctor says that apart from that- they can’t do anything else."

It was then that an extremely hard decision had to be made.

"Since Aurora has been on the ventilator for more than seven days, the ECMO machine would do more damage than help, according to the medical providers," he wrote.

"My wife Aurora now rests in peace with God."

"She passed away today in the early morning of Sunday July 19th 2020. I have faith in God that she is with him and has moved on to better life. We will forever miss her and remember her for the strong, loving and caring person she was. I appreciate all of your prayers and well wishes since day one."

Our deepest condolences go out to Aurora's family.

The GoFundMe page has been set up for the help of funeral expenses. You can donate to it here. Keep scrolling for more on the virus...