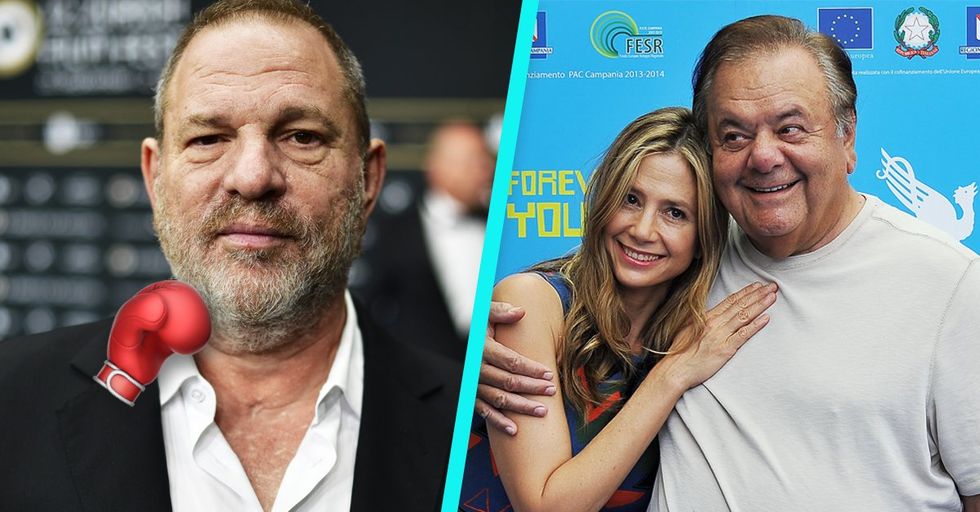 Fathers are the most important male figures in a woman's life.

This is according to myriad and varied sources, that venerable arbiter of all things female-oriented, SheKnows, among them. In fact, in an article for the publication, writer Elizabeth Weiss McGolerick states, "a positive father-daughter relationship can have a huge impact on a young girl's life and even determine whether or not she develops into a strong, confident woman."

She also further posits, "the type of men that women date and have long-term relationships with are also directly related to the kind of relationship a girl has with her father."

The point here is, a father determines what relationships a woman has and how a woman handles herself in said relationships. If he's around and a good dad, the daughter, presumably (but not always) will find a man to follow suit. Conversely, if dad isn't around, or is one of those guys that lies and deceives at every turn, that's when things can get problematic.
One Hollywood figure who has a good father is actress Mira Sorvino. In fact, she's praised him via Twitter as "the most loving father." Why did she suddenly go to Twitter to give a shoutout to good old Dad, you ask? Well, there's the whole Harvey Weinstein thing.

On October 23, 2016, journalist Ronan Farrow released a bombshell report about Hollywood mega-producer Harvey Weinstein. Embedded among reports of harassment, sexual misconduct and outright rape was an account of Weinstein's assiduous harassment of actress Mira Sorvino.
Sorvino, who'd won a Best Actress Oscar for the Weinstein-produced Mighty Aphrodite describes the mogul's first attempt. "He started massaging my shoulders, which made me very uncomfortable, and then tried to get more physical, sort of chasing me around," she said.

She managed to avert his attentions by pleading her religion, which, she insisted, precluded her dating married men. Weinstein was, at the time, married to his former assistant Eve Chilton.
Weinstein was not deterred for long, however, and soon thereafter showed up at her apartment, where she had to dissuade him by lying that her boyfriend was on his way. In reality, she'd asked a friend to come over and pose as her boyfriend.
As a result of this rejection, Sorvino said, her career derailed. "There may have been other factors, but I definitely felt iced out and that my rejection of Harvey had something to do with it," she explained.

In December, Kiwi director Peter Jackson confirmed Sorvino's suspicions, saying, "I recall Miramax telling us [that Mira Sorvino and Ashley Judd] were a nightmare to work with and we should avoid them at all costs. This was probably in 1998." Judd was also harassed by Weinstein.

On Wednesday, TMZ's cameras caught up to Sorvino's father, Goodfellas actor Paul Sorvino, and he was, for lack of a better word, pissed.  "I will kill the motherfucker. It’s real simple. All right thanks, take it easy."
Sorvino then proceeded to expound on his *ahem* feelings about the former producer. "If I meet him on the street, he better hope he goes to jail," Sorvino said. "Because if we come across [each other], I think he’ll be lying on the floor... somehow. Magically."
Excuse us while we get a tissue, because this right here is goddamned beautiful. This is parenting. This is art. This is running to your father when you've scratched your knee and he makes it all better.

Now we know Paul Sorvino isn't really going to kill Harvey Weinstein, but still, this heated defense of his daughter make our hearts sing. And he had more to add.
"The law will get him. He’s gonna go to jail and die in jail. But if he doesn’t, Harvey, come here, I have some news for you. I’ll just slap him around, I won’t do anything terrible."
And he wasn't done yet, oh no. "If I’d known it, he would not be walking. He’d be on a wheelchair," Sorvino said, further adding, "this pig will get his comeuppance."

And now we're running out of tissues. Excuse us while we run and go call our dads.