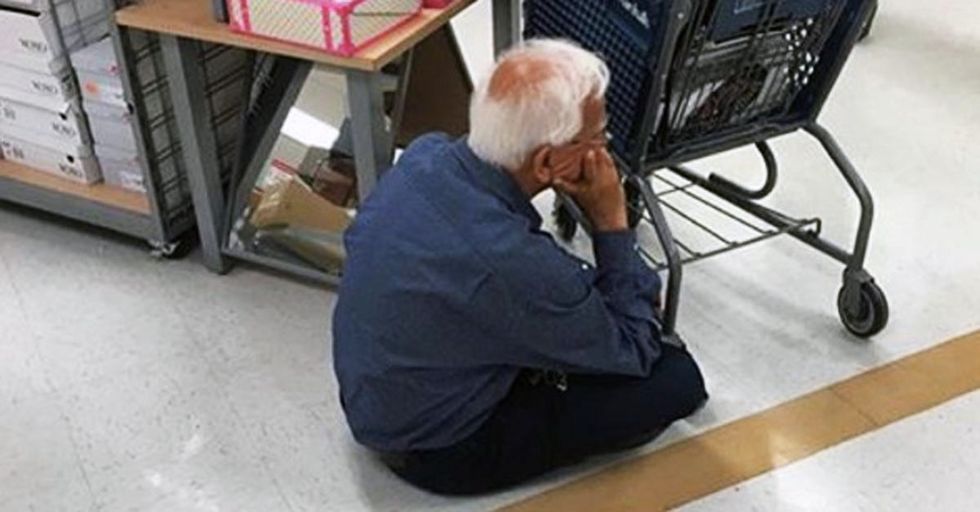 ‘Miserable Men' of Instagram Hilariously Depicts the Agony of Shopping

We’ve all been there.

You have to go shopping with someone. They’re trying on clothes or looking at every single thing, and you — you brave, supportive soul — are stuck waiting for them. And unless you’re the one doing the shopping, it can be horrifically, miserably boring.

Not that it will help you when you’re stuck outside a store while your significant other is in the dressing room line, but you're not alone. Whether you’re a man or a woman, you will relate on a deeply emotional level to The Miserable Men Instagram account that memorializes the boredom and suffering.

You’ll laugh at the familiarity. You’ll cry at the thought of your next trip to the mall. But remember, we’re in this together...

He's trying to magically make liquor appear in that bag.

Wipe away the tears, dude. This is your life now.

He's hoping a light fixture will fall and end it all.

He probably doesn't have much time left. Don't waste it there.

Dreaming of a simpler time.

When he got there, he was actually only 30 years old.

No words were spoken, but there was a mutual understanding.

The caffeine in the pop wasn't as strong as the force.

Do you think the offer on that sign includes a pillow?

He's so bored that he cuffed his jeans. CUFFED THEM!

He just lives there now.

It even affects the young ones.

He's in one of "those" stores and still can't stay awake.

You spill it, you buy it.

Is there strength in numbers?

The struggle is literally on display.

The pink shawl. The purse. He's clearly given up.

Take the bike! Make your escape!

He's thinking about all the things he might have done to deserve this.

He's trying to blend into his surroundings.

Check for a pulse.

His future — one that includes finally leaving — is so bright, he has to wear shades.

So this is what we do now. This.

They're actually texting SOS messages to each other.

Even celebrities aren't immune. Come on, Kim! Kanye has places to go!

At least he found one that reclines.

I hope they're offering a discount on that poor chair.

Don't yawn! It shows your weakness!

He doesn't even know where he is.

If we have to be here, we might as well make the most of it.

He's been there so long he's sunburned from the florescent lights.

Victoria's Secret is that she will leave you stranded in the mall for three hours.