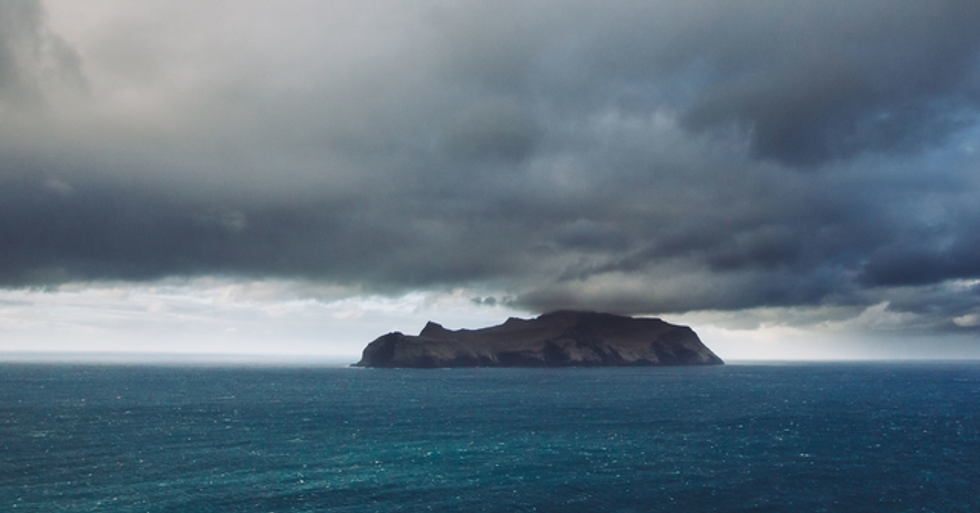 A group of sailors who found themselves washed up on a desert island managed to flag down help in the most genius of ways...

Getting stranded on a desert island is something that only happens in the movies, right?

Most of us will have seen Cast Away - you know, where Tom Hanks gets washed up on a faraway island, thousands of miles away from civilization?

The movie gave us a real insight into a castaway scenario...

But most of us were comforted by the fact that we will - probably - never have to live on a remote and isolated island and hunt for our dinner every night.

Because, as I said earlier...

People don't really get washed up on remote tropical islands in real life, do they?

Well, it turns out that it does actually happen...

And, this week, a small group of sailors were rescued after they used a Cast Away-esque method of gaining the attention of rescuers.

The 3 sailors - believed to be from Australia - were attempting to sail between atolls Poluwat and Pulap in the Pacific Ocean...

A journey of just forty-two kilometers.

However, along the way, they found themselves in difficulties.

The sailors became lost and, as they attempted to regain their bearings, their boat ran out of fuel.

They had no choice but to allow the vessel to drift along with the current...

And, subsequently, they found themselves arriving at Pikelot island, ninety kilometers west from where they were supposed to be.

Just to put it into perspective...

This is where they ended up.

The sailors were stuck on the tiny island for 3 whole days...

In which time concerned acquaintances back on dry land reported them as missing.

On August 1st, the Australian Defence Force's assistance had been requested by the Rescue and Coordination Centre in Guam...

Who quickly launched a search party for the missing sailors.

The HMAS Canberra then joined the search party...

Who, after teaming up with a US Aircraft based in Guam, was able to send aircraft to circle the area in which they were last known to have sailed.

Miraculously, the aircraft was able to locate the missing sailors...

And it was all thanks to a crafty sign they had constructed in the sand.

Yep, these men had used the oldest trick in the book.

Using what looks like branches, twigs, and seaweed, the sailors had constructed a giant "SOS" sign for any passing aircraft to spot.

Somehow, the pilots on board the passing aircraft spotted their sign which, from above, comes across as rather minuscule.

An emergency helicopter was able to briefly touch down on the island.

Food and water were delivered to the parched sailors, and they were given a quick health check. It is believed that they were in good health.

In a statement, Canberra's Commanding Officer, Captain Terry Morrison, said on the rescue:

"Our embarked MRH90 helicopter from No. 808 Squadron and the four-armed reconnaissance helicopters from 1st Aviation Regiment were instrumental in the morning search that helped locate the men and deliver supplies and confirm their welfare."

It is understood now that a Micronesian patrol vessel is currently en route to pick up the men...

And bring them back home to safety.

Captain Morrison praised the response by the Australian Defence Force.

He said: "I am proud of the response and professionalism of all on board as we fulfill our obligation to contribute to the safety of life at sea wherever we are in the world."

Thankfully, these sailors are set to make a full recovery...

And they will certainly one hell of a tale to tell their grandchildren.

But, sadly, not all missing people get discovered so quickly.

Keep scrolling to read about the man who was recently found alive after being presumed dead for 5 whole years...