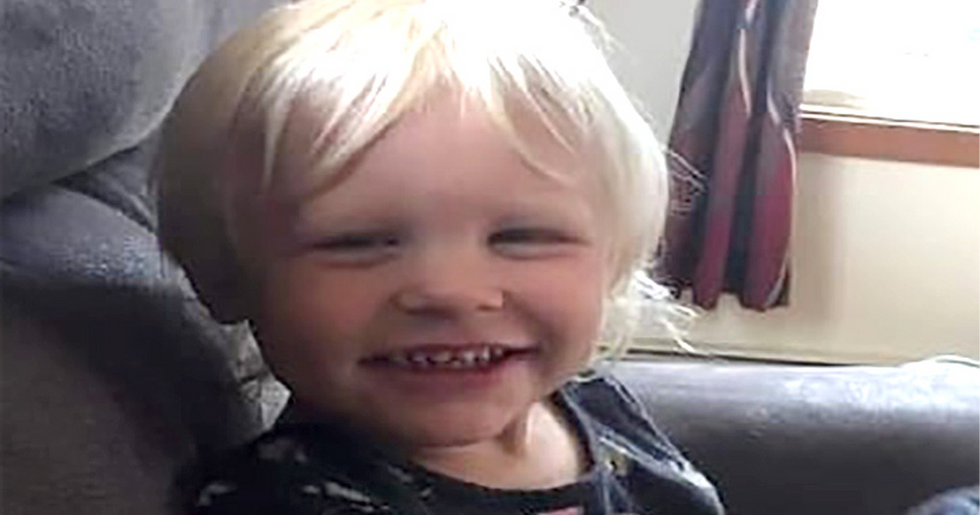 Discovering your child is missing has to be the most worrying moment in any parent's life. Luckily, a whole community came together after a mom reported her little girl missing.

Discovering your child is missing is possibly the worst feeling any parent can go through.

Not knowing if they're safe is any parent's worst nightmare.

And with the possibility that they could have been kidnapped...

...The danger they could be in is a constant worry.

Uncertainty is one of the worst things...

...Wondering if you could have done more to protect them.

But children don't understand the consequences of their actions.

And have a habit of wandering off.

Despite watching them at all hours of the day.

There's bound to be times when they sneak under the radar.

Which is what happened to one toddler.

When she decided to follow her family dog outside.

3-year-old Abigail wandered into the forest, by the side of the house, alone.

According to reports, she spotted the family pet outside and decided to follow him.

As you can imagine, the family were beside themselves.

Enlisting the help of the whole neighbourhood to find her.

Abigail was said to have wandered away from her home around 6:45 p.m. on Sunday evening.

It wasn't long before a search was in place.

As the time passed, everyone got increasingly more worried about her whereabouts.

Her mother reported her missing straight away.

When both the toddler and the family's Cocker Spaniel mix, Peanut couldn't be found.

But as it turns out they didn't go far.

The pair were found just a short distance from her home.

They were found on Monday, at approximately 7:20 p.m.

Both Abigail and Peanut were safe.

According to reports she "sustained minor scratches, insect bites and dehydration."

As you would expect "during her 24 hours of being lost in the woods."

She was taken to a local hospital for medical treatment.

And released after a short amount of time, according to the Sawyer County Sheriff’s Department.

Hundreds of residents volunteered in the search for Abigail...

...which was led by the Department of Natural Resources.

Several others brought essential supplies for the volunteers.

"A special thanks to the hundreds of volunteers and other agencies involved in the search for Abigail," Sheriff Doug Mrotek said in a statement.

The community really came together.

Pat Sanchez, a coordinator of Sawyer County Search and Rescue, added, "Thank you to all responders, volunteers who came out to search for Abby and the donations of food and water. It’s amazing how in times of need, we all come together for such an amazing outcome."

But more often than not, stories like this don't have such a happy end.

One man from china went 32 years without seeing his family after being abducted.

Only now has he been reunited with his parents after so long...
20%

$40.30 $32.24
Buy Now
See More Deals
We hope you find these deals as awesome as we do! Just an FYI: we may receive a share of sales from links on this page