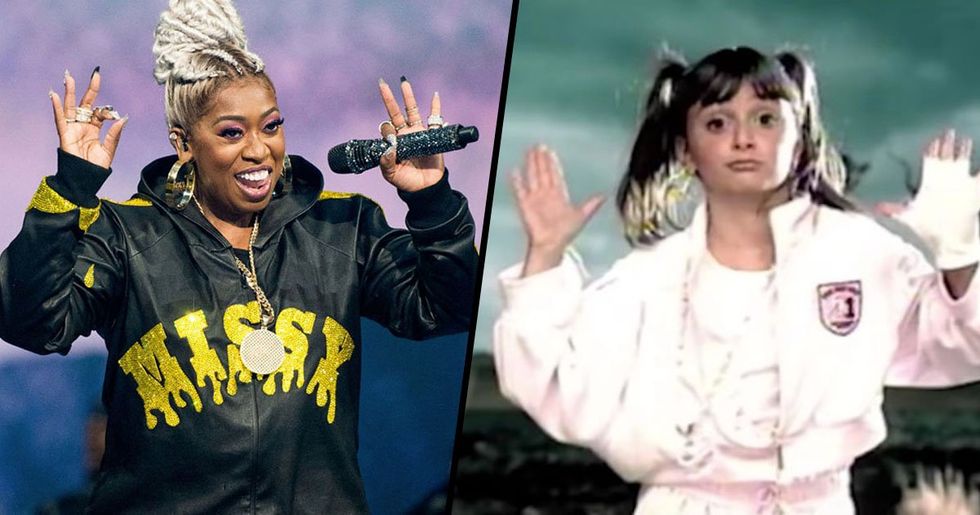 During the course of the evening, we watched some of the industry's biggest names bag some pretty huge awards as well as performances from several celebs, including Taylor Swift, Camila Cabello, Lizzo, and, of course, Missy Elliott.

Elliott took to the stage after more than a decade to perform some of her most iconic hits. But when it came to one of her most famous singles, "Work It," the singer had a surprise in store for fans.

Seventeen years after its release, the singer recreated the classic music video by bringing out no other than Alyson Stoner, the little girl from the "Work It" video - and she still has the moves.

But, the spotlight for the evening was taken by hip-hop icon, Missy Elliott.

The "Work It" singer was honored with the "Michael Jackson Video Vanguard Award" for her huge influence on songwriting, fashion, and music videos, of course. She's also the first female rapper ever to win the prize. “Nobody deserves to be the Video Vanguard more than Missy," Cardi B said in an introduction for Elliott. In her acceptance speech, Elliott said: “I have worked diligently for over two decades and I never thought I would be standing up here receiving this award. “This is the next generation, and I promise y’all – I love y’all with all my heart."

The star took to the stage in a jaw-dropping medley performance of her most iconic hits.

The legendary star wowed fans with a mashup of her most famous hits including "Get Ur Freak On," Lose Control," and, of course, "Work It."

But during her performance of "Work It," viewers were in for a huge surprise.

Remember the little girl from the iconic music video? Well, she's all grown up now and Elliott decided to give us all a huge fix of nostalgia by bringing her out on stage.

Alyson Stoner, now twenty-six, proves that she's still got those famous moves that she busted seventeen years ago in the iconic video.

The star, who went on to star in the Step Up franchise, Disney's Camp Rock, and Cheaper By the Dozen, stole the show last night - proving that she very much still has the talent.

The reunion had fans pretty ecstatic.

We think that we can all agree that it was a show-stopping performance. It's something that we didn't know we needed. Alyson certainly isn't the only child star who's proven to be all grown up. Keep scrolling to see how your favorite little ones have changed since they first hit our screens.