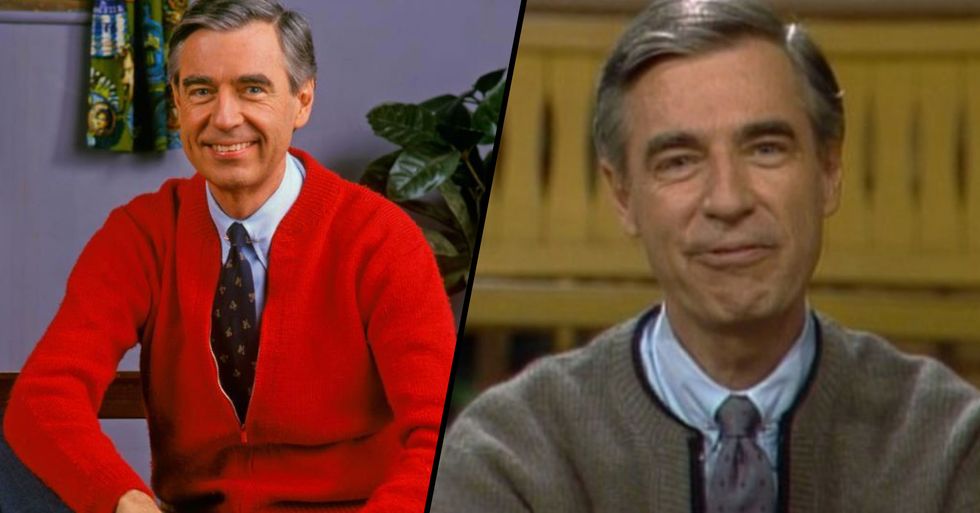 Fred Rogers, the beloved host of Mister Rogers' Neighborhood, had a 9-step set of rules for communicating with children - And they are remarkably effective.

Keep scrolling to read more about the incredible TV host, and to read his set of rules for effectively talking to young children for yourself.

Mister Rogers was adored by millions of children all across America.

The host of Mister Rogers' Neighborhood, Fred Rodgers undeniably had a gift with children that most of us could only dream of.

Rogers first got a job in television as an assistant and floor manager of the music programs for NBC in 1953...

But, by the following year, he was co-producing a new program, The Children's Corner. This allowed Rogers, who'd fallen in love with puppetry as a child, to introduce some of his favorite puppets from his home to his young audience.

So it was only right that he was given the opportunity to host his own children's TV show.

In the early 60s, Rogers made his first appearance as "Mister Rogers" on a show called Misterogers...

But this was to become the groundwork for the look and approach for Rogers' later show. He earned his divinity degree in 1962, and at his ordination, the Presbyterian Church asked him to serve children and families through television.

The show would run for over 4 decades and attracted many celebrity guests over the years. Rogers himself would also go on to win several awards, including 4 Daytime Emmys, a 1997 Lifetime Achievement award from the National Academy of Television Arts and Sciences, and, in 2002, the Presidential Medal of Freedom.

There was something brilliantly unique about his show.

Rogers was praised for approaching his young audience with respect and a directness about issues children faced that were rarely touched on by other programs.

And Rogers' commitment to children wasn't limited to the TV set.

In 1968, he served as chairman of a White House forum on child development and the mass media and was often consulted as an expert or witness on those issues.

And it turns out that he had his own set of rules to effectively establish these interactions.

Now, for many of us, communicating with young children can be quite a challenge.

Admittedly, not all of us were born with Rogers' natural gift with children.

But Rogers' set of rules could very well help with that.

Arthur Greenwald, a former producer of the show, said to The Atlantic, “There were no accidents on Mister Rogers’ Neighborhood." He took great pains not to mislead or confuse children, and his team of writers joked that his on-air manner of speaking amounted to a distinct language they called “Freddish."

"Freddish" anticipated the ways its younger listeners might misinterpret what was being said.

Greenwald recalled a scene in a hospital where a nurse was inflating a blood-pressure cuff originally with the line, “I’m going to blow this up." He said, “Fred made us redub the line, saying, ‘I’m going to puff this up with some air,’ because ‘blow it up’ might sound like there’s an explosion, and he didn’t want the kids to cover their ears and miss what would happen next."

He was extraordinary when it came to understanding the inner workings of a child's mind...

And his simple 9-step rule will help the rest of us to better understand how to effectively communicate with our children. Keep scrolling to read the steps for yourself...

1. “State the idea you wish to express as clearly as possible, and in terms that preschoolers can understand."

For example, "It is dangerous to play in the road."

2. “Rephrase in a positive manner."

Anything that may have a negative connotation can be rephrased to sound a little less stern. For example, "It is safer to play in the garden."

3. “Rephrase the idea, bearing in mind that preschoolers cannot yet make subtle distinctions and need to be redirected to authorities they trust."

Introduce figures who they know and trust in the scenario, such as, “Ask your parents where it is safe to play."

4. “Rephrase your idea to eliminate all elements that could be considered prescriptive, directive, or instructive."

For this stage, the instructive word "ask" could be dropped, changing the sentence to, "Your parents will tell you where it is safe to play."

5. “Rephrase any element that suggests certainty."

For example, remove "will" and rephrase to, "Your parents can tell you where it's safe to play."

6. “Rephrase your idea to eliminate any element that may not apply to all children."

Different children come from different circumstances, so phrase whatever you are saying accordingly. For example, those who don't have any parents may respond better to, "Your favorite grown-ups can tell you where it's safe to play."

7. “Add a simple motivational idea that gives preschoolers a reason to follow your advice."

Following on from your instructions, it is important to reiterate what you are saying with something positive and motivational. For example, "Your favorite grown-ups can tell you where it's safe to play. It is good to listen to them."

“Good" represents a value judgment, so your instruction could then be rephrased to, "Your favorite grown-ups can tell you where it is safe to play. It is important to try to listen to them."

9. “Rephrase your idea a ﬁnal time, relating it to some phase of development a preschooler can understand."

The final sentence should then be rephrased to, "Your favorite grown-ups can tell you where it is safe to play. It is important to try to listen to them, and listening is an important part of growing."

Mister Rogers' rules are a fail-safe way to communicate with your child...

But parenting isn't always this easy. Keep scrolling to read some of the best tweets from exasperated parents...