Mitt Romney Wants the Government to Give Every American Adult $1,000 During Coronavirus Outbreak | 22 Words 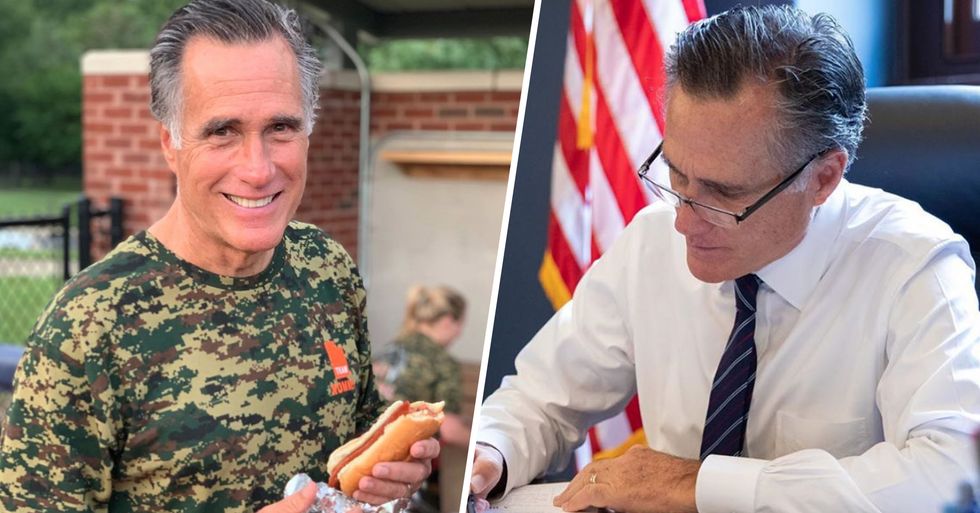 Mitt Romney Wants the Government to Give Every American Adult $1,000 During Coronavirus Outbreak

After finally declaring the coronavirus pandemic as a national emergency, Donald Trump is now treating this as a serious issue. Now, rising from the ashes, fellow Republican Mitt Romney has come forward with some unwanted advice for the President and it may be much easier said than done.

As they became the first U.S. city to declare an official state of emergency even when they had no confirmed cases. Now there are thirty-seven infected people in the state.

And there is a reason for people to really start panicking.

The BBC reported on the 11th of March that the coronavirus was officially confirmed by the WHO as a pandemic.

Our President had spent the past couple of days insisting that the coronavirus crisis is "under control".

However, there are still people out there that think the President could do with a bit of advice...

And one man who thinks he could be of some great assistance is none other than fellow Republican and former Presidential nominee, Mitt Romney.

He has come forward and said that all American adults deserve $1000 during the pandemic.

On Monday, during a press release, he said this: “Every American adult should immediately receive $1,000 to help ensure families and workers can meet their short-term obligations and increase spending in the economy."

"Congress took similar action during the 2001 and 2008 recessions. While expansions of paid leave, unemployment insurance, and SNAP benefits [the program formally known as food stamps] are crucial, the check will help fill the gaps for Americans that may not quickly navigate different government options."

Another politician who fully stands behind the idea is none other than Andrew Yang.

What exactly is the political downside of putting money into people’s hands? Get your shit together Congress and do the right thing.
— Andrew Yang🧢🗽🇺🇸 (@Andrew Yang🧢🗽🇺🇸)1584371286.0

He's been arguing this point for a while, as his Democratic campaign (which is now over) was based almost entirely on this one idea.

“Putting money into people’s hands is the obvious thing to do in this situation. I hope Congress wakes up to this before it’s too late. Every day is enormous at this point."

In addition to this, Romney has other ideas he's putting forward.

I mean, these ideas are pretty good, but who is going to fund them?

And let's not forget about the damage done to the entertainment industry which has cost directors and crews billions. If you want to read more about that issue, then keep scrolling to find out if your favorite TV show or movie had pulled the plug for the foreseeable future.