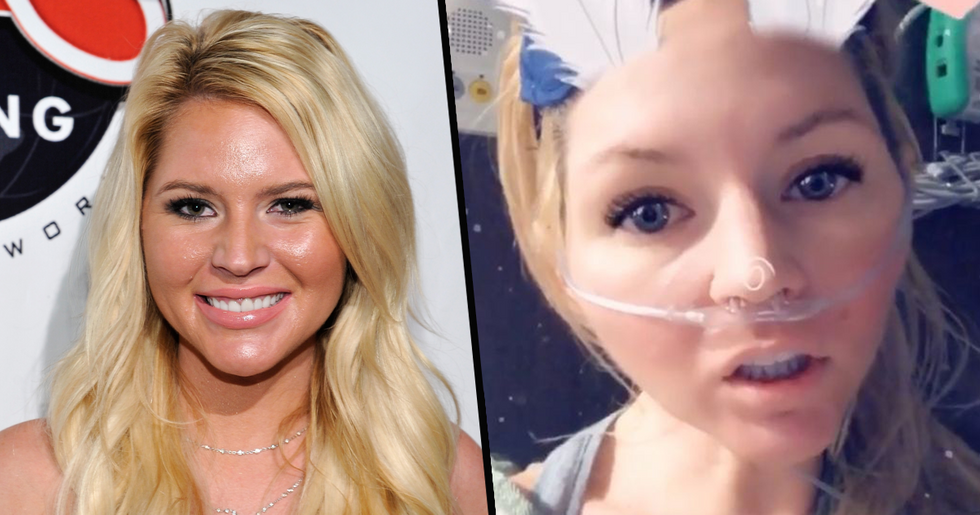 Ashley Mattingly, who was best known for her modeling work with Playboy, has sadly passed away at the young age of thirty-three.

Keep scrolling to read more about Ashley's life, and to hear the tragic circumstances surrounding her death - including her heartbreaking final Instagram post.

Ashley Mattingly has been taken too soon.

The Texan-born model was found "unresponsive" at her home last week on April 17th. She was only thirty-three-years-old.

Ashley was perhaps best known for her work with Playboy.

Pictured above, second from the right, the model found her fame as Playboy's Miss March in 2011.

And, as well as being a Playmate, Ashley modeled for a number of different brands...

Her Instagram account, which has now been taken down, was adorned with modeling and lingerie shots from her colorful career.

Hundreds of tributes have been flooding in for the model...

She touched the lives of so many people.

Old Playmates are paying homage to their friend...

I am devastated. My friend #ashleymattingly took her own life. If you are struggling please reach out for help. S… https://t.co/pXWO0bQ25Q
— Carrie Stevens (@Carrie Stevens)1587415354.0

Including Carrie Stevens, who has urged those who are struggling to reach out for help.

Carrie has been sharing old stories from her and Ashley's long friendship...

I keep thinking of Ashley.She had these neighbors.Three guys that lived in the apartment next to hers. They weren’t… https://t.co/6uFWZGIfet
— Carrie Stevens (@Carrie Stevens)1587442950.0

Including the story about Ashley's neighbors: "She told me they never locked their door so we went in & place was a pigsty. We pranked them by making all their beds & cleaning while they were out. Silly."

@SolarAtticFan I wish ... seems like it happened so fast. I’m just a wreck wishing I could have done something.
— Carrie Stevens (@Carrie Stevens)1587447064.0

Carrie just wishes she had seen the signs and done something to prevent Ashley's actions.

Other Twitter users are coming together to remember the type of person Ashley was...

Behind all the glamor, Ashley was apparently the sweetest, most caring person.

People are shocked and devastated by her sudden death...

We can't even begin to imagine the type of place Ashley was in prior to her death.

Ashley is evidence that, despite how happy someone may seem...

You never know what's going on behind closed doors.

Ashley must have been experiencing a lot of turmoil...

Let's only hope that her family can get the support they need.

This is a stark reminder that those who are struggling need help.

@CarrieStevensXO Sorry for your loss. No words really help. May she RIP. My thoughts and prayers to you and her fam… https://t.co/HAobiEszmy
— Scott Schwilk (@Scott Schwilk)1587425587.0

Always remember to check in on your loved ones.

But, more importantly, why does this keep happening?

What a horrific convergence of our current crises. Former Playboy model commits suicide while in quarantine. She wa… https://t.co/7cwHv7m1Z5
— Tiana Lowe (@Tiana Lowe)1587428623.0

And her fellow Playmate, Tiffany Toth, has some stern words for those gossiping about her tragic death.

Things weren't too easy for Ashley and her mental health.

The model had been famously battling with alcohol and substance abuse.

Back in 2016, she was publicly arrested and charged with DUI  after allegedly driving her golf cart into 4 parked cars while under the influence of drugs and alcohol.

Sadly, she was also a victim of domestic abuse.

Lane, her ex-boyfriend, was convicted of domestic battery in 2012.

But, in more recent years, she had been working hard at getting her life back on track.

According to her family, the model had been living back in her hometown, Austin, for the last 2 years in an attempt to recover from her alcohol addiction.

Ashley was part of a shelter-in-place order during the ongoing medical pandemic...

And had even adopted a 9-month-old Golden Retriever puppy in a bid to combat her loneliness.

But, evidently, her efforts were to no avail.

The police attended her home...

Where they found her as "unresponsive." Sadly, she was later pronounced as dead.

The police are yet to release an official cause of death.

But her family has told TMZ that she committed suicide.

Ashley's siblings have spoken out about the loss of their sister.

Her sister, Christy, and twin brother, Billy, told the publication that Ashley did indeed take her own life, and that she had left a suicide note, which the police took as evidence.

It is utterly heartbreaking.

Chrissy left a touching tribute to her sister on Facebook, writing: "Because I can’t find the words to say I will just leave this here. I love you and will miss you every day. Fly high sister, I know you are the most gorgeous angel in heaven!"

And Ashley's final Instagram post speaks to the pain she was in prior to her tragic death.

"I'm not quarantined I took bad advice and drank too much which I vomited a lot of blood."

"Please slow down on the drinking! U won't be able to get into a hospital! I'm lucky!"

Let's just hope that her story can raise awareness of the dangers of mental health, and ultimately save lives.