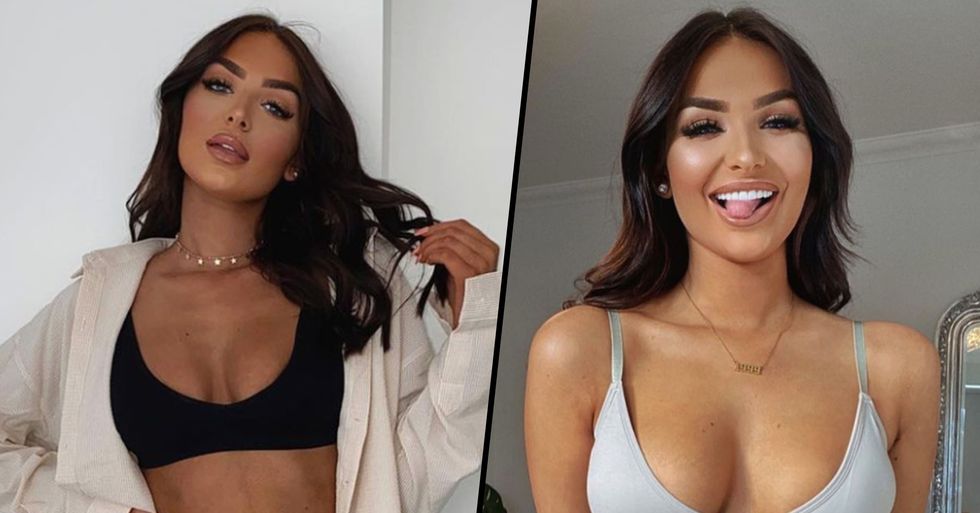 Online dating is nothing short of a minefield. It's pretty terrifying that you can basically end up sat opposite someone that you don't know anything about, trapped in any manner of awkward situations. From catfishes to ghosts, to orbiters, looking for love via the internet is certainly not for the faint of heart.

And the most recent viral story has re-ignited the dangers of dating online after a "creepy catfish" used an Instagrammer's photos on Hinge. And when I tell you that the photoshop was impeccable, it was impeccable.

For many singletons out there, finding love is a priority.

The problem with trying to find love? It's basically a living nightmare at every turn.

Because, in order to find a prince, you've got to date a lot of frogs.

It seems like the universe isn't willing to put the right person in front of you until you've met a lot of the wrong ones first.

But if you thought that dating itself was bad...

Well, first of all, you've got to find someone to date. In the past, many couples met in bars, at farmer's markets, or through friends of friends. But that's simply not the case anymore.

Nowadays, if you want a date, there's really only one place that you can go.

You're going to have to endure the endless, disappointing journey through the various dating apps.

Anyone's who's been on the apps will tell you that they're the worst.

Basically, they act as a neverending reminder that people are, generally, trash.

Apps can be a neverending source of disappointment.

Either people don't look anything like their pictures, they're still obsessed with their ex, or they tell you that they like you and then disappear forever into the ether. It's a jungle out there.

But sometimes apps are more than just disappointing.

Sometimes, they're actually pretty scary because you never really know who you're talking to...

And one story this week has given the internet the heebie-jeebies.

If you're on any dating app, I'd just have a little re-think about your matches.

This is Amber Phillips.

Her photographs are pretty popular on the platform with each of them gaining thousands of likes.

So, you would think that people that are planning on catfishing would stray away from photographs that they would be caught out with.

However, one woman on Hinge thought no one would notice...

She decided she would take one of Amber's photographs and photoshop it so her own head would replace the model's.

But one man, who saw the doctored photos, caught on to what was happening.

Alex Haddon, a Hinge user posted the 2 photos side by side on his Instagram story claiming he should be the "new host of Catfish" after spotting the photoshopping skills.

He then sent a message to Amber, attaching all the evidence.

"Sorry this is so random, but so creepy. I spoke to a girl on Hinge for a while and I've always been very good at spotting catfish."

"But f****** hell someone has seriously photoshopped your photos and it creeped me the f*** out. "I followed you already and somehow noticed that your picture matches her."

Amber then re-shared the photos saying she was "creeped out."

The story first went viral on Twitter after Alex shared it on the platform, hoping it would bring attention to just how much "catfishing" has evolved.

It's definitely wrong, but the photoshopping skills were literally impeccable.

I would have never noticed the difference.

And it seems as though other people couldn't either.

This is the original photograph posted by Amber.

And this was the photoshopped picture from Hinge.

I've said it before and I'll say it again...

Don't believe anything you see on the internet. If you're in the mood for some more dating-app horror stories, keep scrolling...