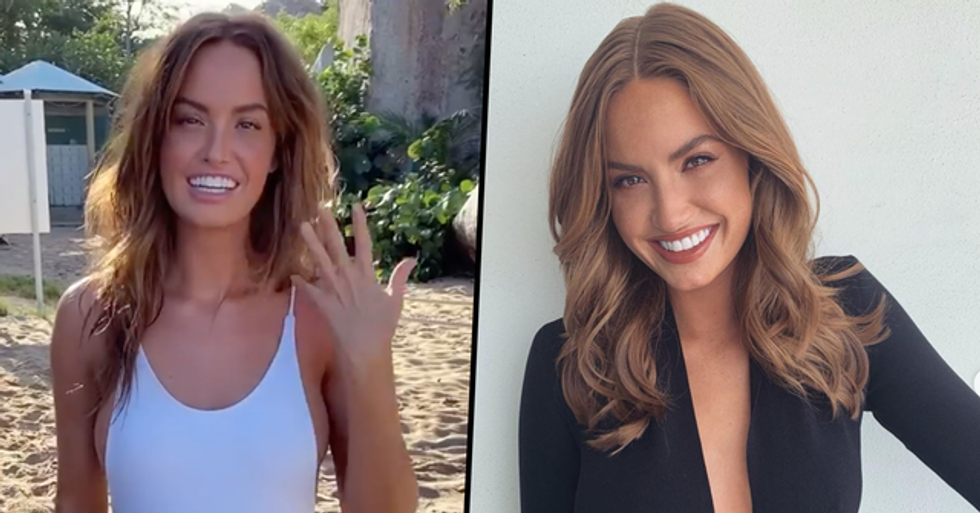 Model's Outrageous Swimsuit With 'Back Missing' Called 'Sexiest Ever One-Piece'

I've said it before and I'll say it again - the world of fashion is truly getting out of hand.

And now, just reiterate this message, a model has gone viral for her "outrageous" post in which she is wearing a swimsuit with the back missing.

Over the years, fashion has become more than just clothing. It is now often used to make a statement, rather than its traditional use of providing modesty and warmth.

But it can sometimes get strange...

Fashion has certainly had its moments. With clothing brands having such a huge platform, they often go to the extremes just to make a statement.

But, as the summer months rage on, there is one aspect of fashion that seems to be getting weirder by the day...

Long gone are the days of simple one-pieces and bikinis...

These days, people use swimwear as a staple fashion statement while hitting the beach.

Over the years, swimwear has become less practical...

Heck, you can even buy a swimsuit with President Trump's face emblazoned across it.

What kind of statement this would make, I have no idea.

But now, one woman has seemingly worn the most outrageous swimsuit ever designed.

Haley Kalil, an American model, and influencer, recently stirred up the controversy when she posed in a shockingly revealing swimsuit.

Haley has been on the modeling scene for quite some time now...

But, if there's one thing Haley is known for...

It's her swimwear modeling.

And, as a result, she went on to model in Miami to debut Sports Illustrated Swimsuit Swim and Active apparel lines.

Her Instagram is simply adorned with glamorous swimsuit shots...

If there's someone who knows how to look good on the beach, it's her.

But now, fans think she may have taken things a step too far.

Haley shared a video from behind-the-scenes of her latest photoshoot, and the swimsuit she was modeling was something that needs to be seen to be believed.

A high-waist, scoop-necked white one-piece. Nothing too outrageous, right?

Well, there's a little more to this swimsuit than initially meets the eye.

It turns out that the back of the suit is virtually missing, leaving her back and buttocks completely exposed. One Instagram user commented, "Wow the back half of the bathing suit is missing!?" While another noted, "Hahaha. If business in the front, party in the back was a swimsuit."

Haley then revealed that her mom had given her a rule to "only pose in one-pieces"...

So, because of this, she shrugs innocently at the camera and says with a giggle, "the rules were a one-piece, right?"

She then turns around...

And saunters away, revealing the shocking and somewhat non-existent back.

You can see the dramatic reveal here.

She captioned her post: "When your mom tells you that she wants you to only shoot in one-pieces... MOM IT’S TECHNICALLY A ONE PIECE" with a series of laughing emojis. Yeah, I don't think her mom will have been too impressed with this particular piece. For more eye-opening fashion moments, keep scrolling...