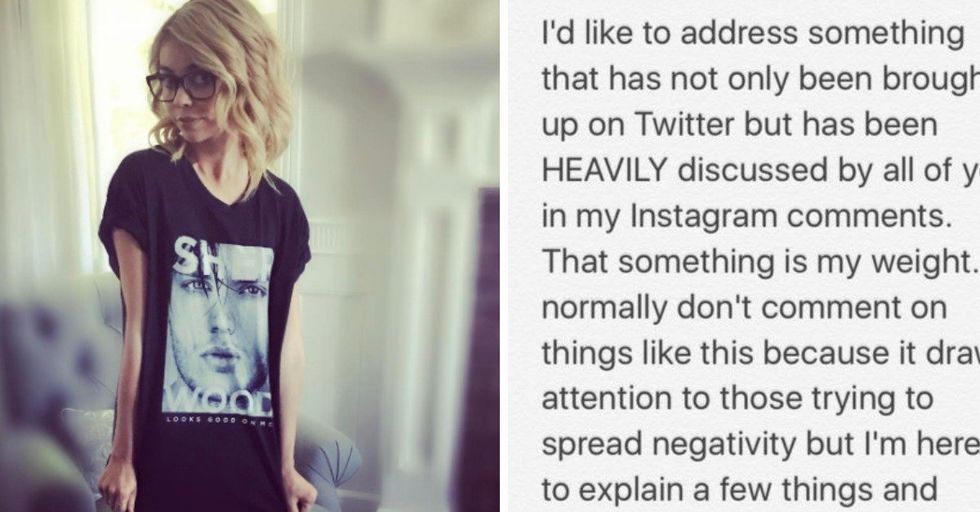 Being a skinny woman due in part to some health issues, I've dealt with my fair share of ignorant comments about how I look, but I'm not in the public eye. Modern Family actress Sarah Hyland is, and lately she's been dealing with more negativity regarding her body that any 26-year-old woman should ever have to deal with.

She took to Twitter to open up about her "tough year" and, in turn, silence those judging from behind their keyboards.

In the letter below, she explains her worries about the damaging effects of comments that she is "promoting anorexia" — and explains that the state of her body is due to health issues that she's been experiencing over the past few months. While we do know that she's had a kidney transplant in the past, she hasn't shared at this point whether that's what's giving her trouble.

Here is her emotional letter:

Many fans — and fellow stars — tweeted out their support.