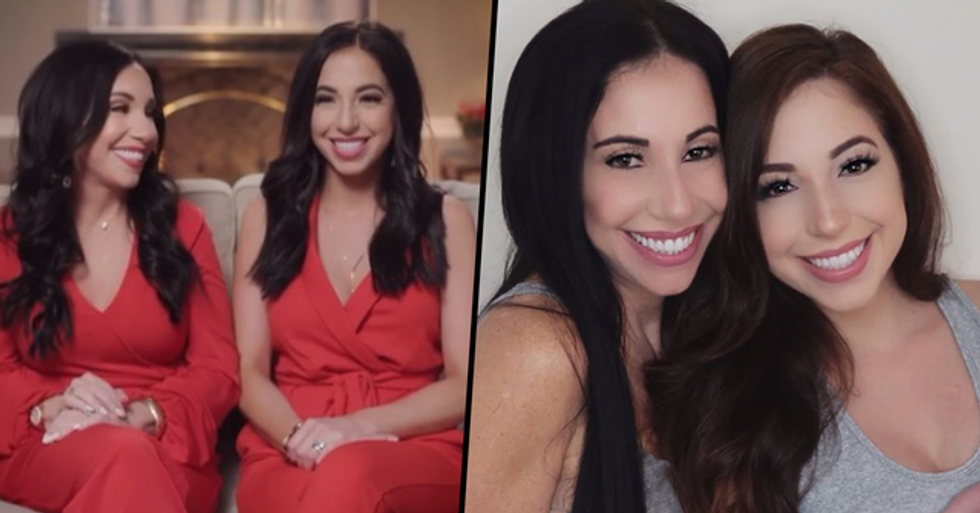 A mother and daughter duo have gained fame for looking so alike that even their husbands sometimes can't tell them apart... Despite their thirty-year age gap.

They say that there is no bond quite like that of a mother and a daughter.

While the bond between fathers and their children is built primarily on love, they don't quite compare to that of mothers and daughters.

Thirty-five families took part in the test, which found the part of the brain that regulates the emotions is almost identical between mothers and daughters than any other.

This means that mothers are more likely to understand their daughters when having a heart to heart...

Because she can imagine herself in her shoes... Unlike dads, however hard they may try.

There are plenty of "cool moms" out there.

In some cases, moms can be more like a best friend for their daughter...

Rather than a stern, authoritative motherly figure.

And in other cases...

A mother can appear to be more like a sister than a parent.

Yep, while we're on the topic of insanely youthful mothers... These women, both from Florida, could be sisters, or even twins, right?

Dawn is actually Cher's mother... And there is a whopping thirty-year-age gap between them.

It's completely mind-boggling, isn't it?

But, despite their significant age-gap, the pair have always resembled one another, and have an incredibly close relationship.

However, Cher wasn't always so happy with Dawn's youthful appearance...

And, when she was a teenager, she found herself wishing her mom looked like "a typical mom."

But, as she got older, Cher grew to love the resemblance she shared with her mom...

And, today, she considers Dawn as "one of the girls." "As my mum looked so young and acted young, we became friends too and she even came to my bachelorette party."

And, they are so alike in their appearances...

That people close to their pair have even got them mixed up in the past.

"People mistake us for sisters all of the time. One time, mum's friend was talking to her thinking she was me."

Even Cher's husband has got the pair mixed up in the past.

Her husband, Jared Gopman, who she now shares a baby with, became a little confused when they were wearing similar dresses.

Cher explained: "One time, me and mum were wearing the same colored outfit. As we both have long dark hair, we look similar from behind. My husband went up to my mum and smacked her on the butt thinking that it was me."

But Jared isn't the only unfortunate male to get them muddled up...

And Cher claims that all of the men she has dated have been impressed by sixty-year-old Dawn's youthful appearance.

"Every guy I've dated would always say, 'I know what you'll look like in thirty years,' and they were happy to see I wouldn't change much."

On her impressive appearance, Dawn credits a "plant-based diet" and "positive thoughts."

She said: "Exercise, a good plant-based diet, good skin care, sleeping, and drinking water are all key in maintaining a youthful appearance. Age is just a number. Just because we're getting older, it doesn't mean we have to act it. Positive thoughts are key."

Dawn and Cher have now written a book together...

A Bond That Lasts Forever, which chronicles their journey as mother and daughter.

But, putting the publicity aside, Dawn insists that her relationship with Cher is the highlight of it all.

"Having your daughter as your best friend is truly wonderful because you know you will always have each other's best interests at heart. Looking alike is just a fun bonus." For more mother and daughter duos who look insanely alike, keep scrolling...