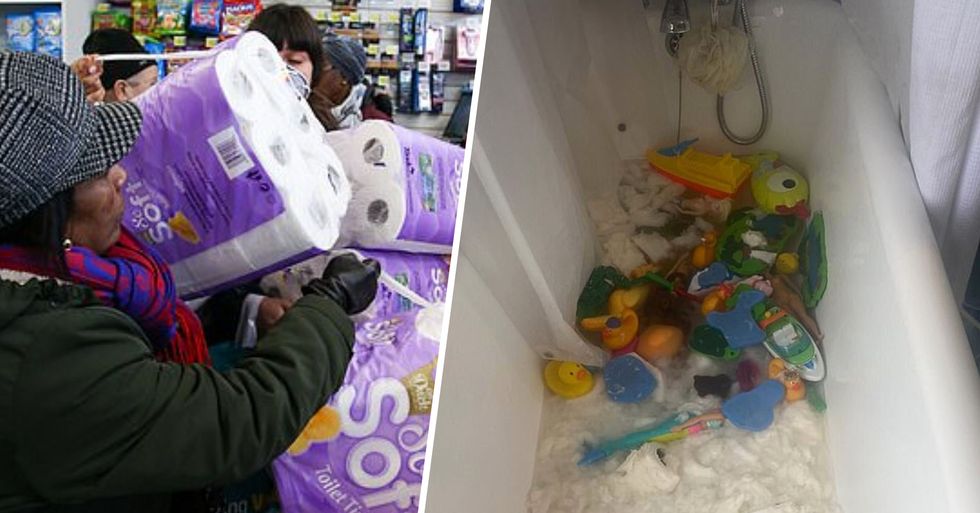 Being a mom isn't easy. But one aspect of parenting than any mom can relate to is the continual war against your children's bad habits.

This week, one mom has sent Twitter into meltdown after her kids tossed all of her toilet paper into the bath.

Reactions to the post have been mixed. Keep scrolling to see why...

There's nothing as rewarding as motherhood.

There are many things that make parenthood irritating.

But there's one thing pretty much every mom out there can relate to. That feeling that you're constantly fighting a losing battle against your kids' annoying habits.

This is a feeling one mom knows all too well...

A mother has sent Twitter into meltdown this week after her kids threw all of her toilet paper into the bath.

She had been stockpiling the paper amid the coronavirus outbreak.

Despite being told not to panic, like many parents, she stockpiled around eighteen rolls of toilet paper.

But her kids clearly had other ideas...

And threw them all into a full bath, making them resemble mushy papier-mâché.

And has solicited a huge response online.

Some saw the soggy mess as a creative opportunity...

It definitely does resemble papier-mâché

"Kids doin' what kids do. Long may it continue," wrote another Twitter user.

Others weren't quite as amused...

Some said she shouldn't have been stockpiling in the first place, and that doing so was "selfish."

Items such as toilet roll, in the U.K. especially, have been flying off the shelves.

With many people left unable to buy the essentials. So, as you can imagine, the post didn't go down too well with some people.

Although, some rushed to her defence.

She raised the point that many people buy larger packs to last them through the week, regardless of coronavirus.

Either-way, there's no doubt her post has made an impression.

Fancy more hilarious mom content? Scroll on for the parent who transformed herself into her kid’s portrait – with horrific results.