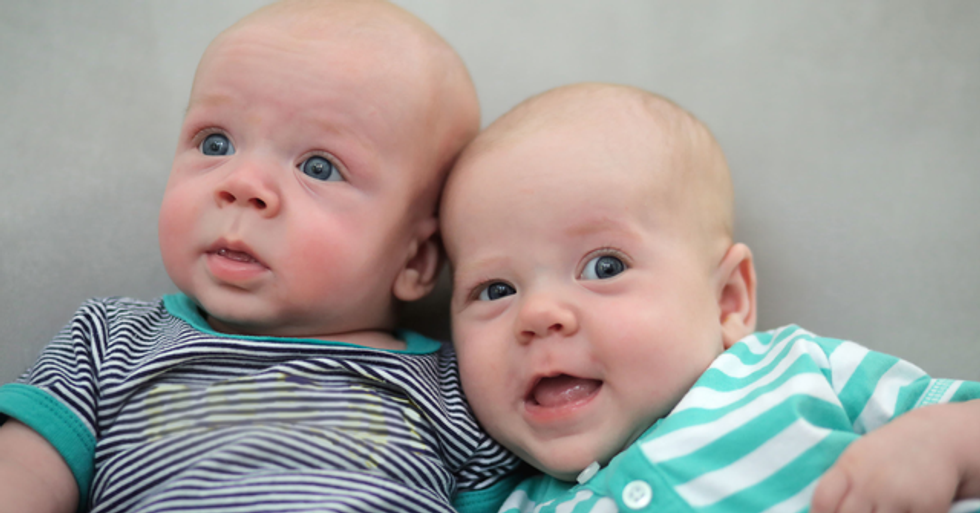 A woman has opened up about her devastation upon realizing what her twins' names sound like when they're said together... And let's just say, they don't have a great ring to them.

Naming your child will never be an easy task.

Giving a tiny human a name that they will identify by for the rest of their lives is always going to bring with it a little bit of pressure.

There are literally thousands of names to choose from...

And they all carry their own unique meanings and backgrounds.

It can be difficult to determine which name is suitable for a newborn...

Because who knows which name will eventually suit them best?

And, to add to this pressure...

You have to come up with a name that your child will be happy and content with throughout their life.

So that's why most parents play it safe by settling with a name that would be considered as "normal" by most.

Sarah, Rebecca, Jack, James... You can't really go wrong with these kinds of names, can you?

But, of course, there will always be the parents who pick rather unusual names for their children.

We all know a child with a slightly bizarre name.

Celebrities tend to lead this trend of bizarre name choices...

And we can't forget Beyonce's questionable name choice, either.

Of course, Madonna had to name her child something ridiculous, too.

Who else can imagine naming their own child Lourdes?

And no one was too shocked with the King of Pop, Michael Jackson's questionable name choice...

Some mothers like to channel their inner macho with their children's name choices...

Kylie Jenner caused a stir when she revealed she had named her daughter Stormi.

And some inflict these name choices upon all of their children...

Well, for the children of the rich and famous, a strange name isn't too big of a deal...

I can imagine that, as a result of all the money and luxuries being a child of a famous person brings, a strange name will be the least of their worries.

But for us regular folk...

An unusual name can be quite detrimental.

This week, one woman has opened up about her awful naming blunder...

Now, as any parent of twins will know, naming 2 babies is a whole new game altogether.

Not only do you have to settle on 2 separate names...

But you also have to make sure they sound good together.

Most twins will spend their entire lives together...

So, of course, their names need to have a good ring to them.

It can be a little embarrassing for some twins if their names work weirdly together...

You know, if they rhyme, such as Molly and Ollie, or even if they just make a funny-sounding word when said together.

But, sadly, one woman missed this memo.

An Australian mom, who has remained anonymous, has spoken out about her disastrous name choices for her twin babies.

And she gave them each a perfectly lovely name - Ari and Callum.

However, she soon realized her mistake when saying their names together.

Admittedly, there's nothing wrong with the sentence, "Ari and Callum."

But that all changes when you say the names the other way around.

It really is the most spectacular mishap.

The mother told Mamamia.com.au on her blunder: "At first, they didn't seem odd at all… But it never occurred to me to say the names the other way around."

And she didn't even notice her blunder until a friend pointed it out.

That's awkward. "It didn’t take long for someone to point it out to me. I was devastated."

However, after having a little bit of time to get her head around the names...

She can now see the funny side. "...But now, I think it’s hilarious. Luckily, the twins do too."

What do the names sound like when they're said together?!

So, when you say Callum first and then Ari second, it sounds as though you’re saying the word "calamari."

You know, the delicious fried squid dish? Luckily, the family can now laugh about it, though I doubt they will ever be ordering calamari when eating out...

There are always going to be weird names out there...

But none of them will beat the names chosen by the rich and famous. Keep scrolling to read more about the bizarre celebrity names we discussed earlier, some of them will shock you!