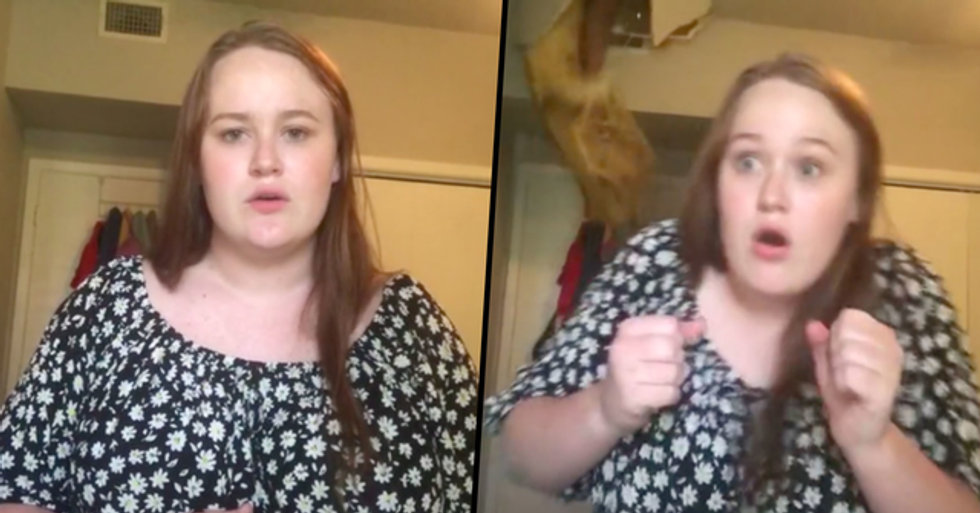 Mom Falls Through the Ceiling While Her Daughter Films a TikTok

But one TikTok video with a rather unexpected ending has gone viral this week...

There's one thing that unites us all.

Mean as it may seem, people falling is just funny.

There's a reason it's a whole video genre.

But even better than a falling over compilation?

How about when an accident is captured in the background?

Such is one hysterical video that has gone viral this week.

One woman was recording herself in a viral TikTok singing challenge.

When her mom made a rather unexpected cameo...

By plunging through the ceiling, of course.

And people can't get enough of the hysterical vid.

But there's one new TikTok vid that's taking the internet by storm.

It's one of the funniest we've ever seen.

When an unexpected gatecrasher shows up.

Her mom, through the ceiling.

Here's the video that got everybody talking.

Want more from TikTok? Scroll on for a trend that's a lot less funny...