Mom Finds Mysterious Fragrant Lump In Her Bathroom, Then Realizes Something HORRIFYING | 22 Words 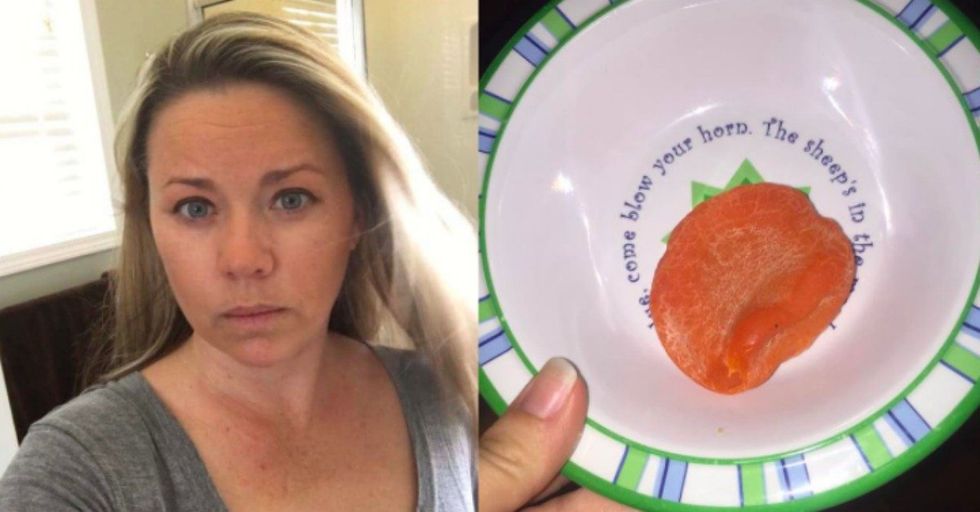 Mom Finds Mysterious Fragrant Lump In Her Bathroom, Then Realizes Something HORRIFYING

If you're a parent, you know that kids are so gross. Like, more disgusting than you could ever imagine in your wildest dreams.

One mother experienced new heights of gag-inducing repulsiveness when she came across a mysterious lump in her bathroom.

Fair warning: This story may make you run crying into the shower.

This is Ashford Evans, mother of three, blogger at Biscuits and Gravy, and victim of a beyond nasty kid-induced incident.

Here is Ashford's lovely family. It is with these seemingly innocent smiling faces that our sinister tale begins.

On Ashford's Facebook page, she shared a photo of a mysterious fragrant lump she found in her bathroom when she returned home from a work trip.

"When I entered the bathroom I was greeted by a sweet citrus smell," Ashford wrote.

"The entire bathroom seemed to have been scrubbed just before my arrival...and that’s when I saw it."

She noticed what looked like an old bar of soap sitting in a cereal bowl on the shelf.

According to Ashford, it smelled delicious.

So she inspected it.

"I picked it up and held it to my nose breathing the scent in," she wrote on her blog. "The smell of fresh grapefruit in a perfectly silent house is just short of heaven I believe."

But she still couldn't quite figure out what that mystery lump was.

The next morning, one of her kids, whom she calls Eeny, "emerged from the guest bathroom pressing the bar to her lips and breathing deeply, saying, 'This is my favorite. I love the way this smells.'" "I know!" Ashford agreed. "What IS that?" she innocently asked her child. "Meeny found it in the boys' bathroom at Tae Kwon Do and brought it home," Eeny answered.

And that's when it hit her. The mysterious lump was actually a urinal cake.

"It wasn't some upscale boutique $15 soap I had been caressing for the last 12 hours," Ashford wrote. "It was a urinal cake... A urinal cake that has been peed on by at least 1000 strange little boys that I just held against my cheek!!!!!"

Hold it together. Hold. It. Together.

Needless to say, Ashford freaked. She immediately flung it into the trashcan, much to Eeny's dismay (it was her favorite!), and started washing everything.

"Here’s to kids being the most disgusting creatures ever to crawl the face of the Earth," Ashford wrote.