Mom Fired After Making a TikTok Deadnaming Her Son | 22 Words 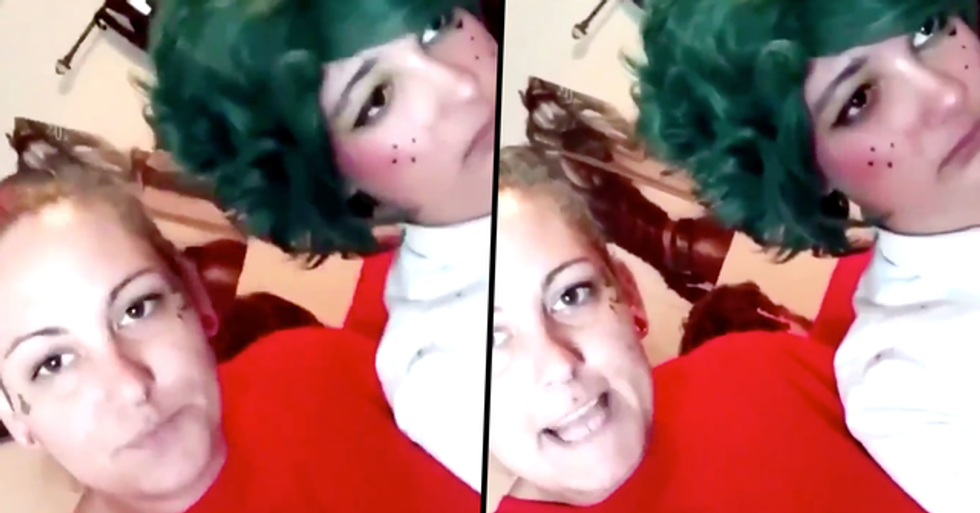 Mom Fired After Making a TikTok Deadnaming Her Son

A mom has been fired from her job after she filmed herself shamelessly and cruelly deadnaming her transgender son...

The footage is nothing short of grotesque.

In the now-deleted TikTok video, the disgraceful mother films herself as she repeatedly refers to her transgender son by his female birth name, as he sits, motionless and stunned, beside her.

It's a truly horrifying watch...

// transphobia TRANSPHOBIA IS DISGUSTING. HOW DARE YOU MISTREAT SOMEONE JUST BECAUSE THEY ARE TRANS!!! I HOPE THA… https://t.co/kGmT6iflCV
— Brown Boy Bakugo (@Brown Boy Bakugo)1597600789.0

And it was quick to go viral, with the hashtag #HisNameIsAlex being used for people to spread awareness and get help for the troubled teen.

And, evidently, the power of the internet knows no bounds.

The video was quick to go viral, and the mother is now facing dire consequences.

Now, let's start with the facts...

What exactly is gender dysphoria? Gender dysphoria involves a conflict between a person's sex and the gender with which he or she identifies with. People with gender dysphoria experience high levels of discomfort with their own bodies, and they often report feeling as if it isn't their own.

It is more commonly known as being "transgender."

People who are transgender more than often realize that they are from a very young age - children are able to experience gender dysphoria and this is when the majority of trans people realize this conflict.

And it is a heartbreaking reality that many trans children face rejection from their families.

According to the Human Rights Campaign, studies have shown that familial rejection can lead to the LGBTQ+ youth engaging in behaviors and activities that endanger their health, trigger depression, and other mental health issues, and, in some extreme cases, can lead to homelessness and suicide.

Family support is one of the most important things for a child coming out as trans.

Coming out as transgender and beginning the transition will never be easy...

Despite this being what a person desires, the first few steps into transition are never easy, especially for a child. Enduring taunting in the school corridors from their peers who are too uninformed to understand the situation is a sad reality for many trans children.

Thankfully, the LGBTQ+ community is bigger than ever today.

There are countless organizations around the world that work hard together purely to support people, especially children, of the transgender community.

But, sadly, there are still parents out there who refuse to offer support or love to their transgender children...

If you cannot accept your child for who they are then don't have a child. I hope you are ok Alex #HISNAMEISALEX
— RainbowCatLasers (@RainbowCatLasers)1598275120.0

And this brings us back to the story of Alex.

It all started with this video.

A woman, who has remained unnamed, sits beside her transgender son and repeatedly instructs both him and his followers to refer to him by his given birth name.

In the video posted on his social media channel, his mother says:

“You will address her as D***ka, or you will not address her at all. If you cannot follow her mother’s instructions, you will be removed out of her life."

It is truly sickening.

She repeatedly misgenders and dead names her son, who is visibly fighting back tears throughout the full ordeal.

The video was posted onto Twitter by this social media user...

Who wrote: "To anyone that sees this, we need you. A video surfaced recently on Tiktok of a mother brutally deadnaming, misgendering, and insulting her transgender son, and encouraging those close to him to do the same. This is child abuse. This is how children die."

Details surrounding Alex's safety have been sparse, and many were concerned that he was still having to endure his abusive mother.

The hashtag, #HisNameIsAlex was created...

And members of the LGBTQ+ community have since been using it to show their support and solidarity with Alex.

A petition was also launched...

Where the description explained just how dangerous this woman is: "His mother already has one felony from child neglect, and I'm afraid that she will get another because for all we know she's abusing."

It is currently believed that Alex is, sadly, still under the care of his mom...

But, thankfully, there has been some progress.

The despicable woman has now been fired from her job.

It emerged that she worked at the Hungry Bear sandwich shop in Tennessee - but they have now terminated her contract. In a Facebook post, they wrote: "Regarding the recent actions of one of our (now terminated) former employees: We heard and responded to the concerns. Their actions never had our support, we definitely wouldn't condone that behavior, and not sure why anyone would think that we would. Once it was reported to us we took action. We have done everything we can in this situation and now we just hope and pray that we can remain open."

It is unclear as to whether Alex is still under the care of his mother.

We can only hope that he will get the help he so desperately needs.