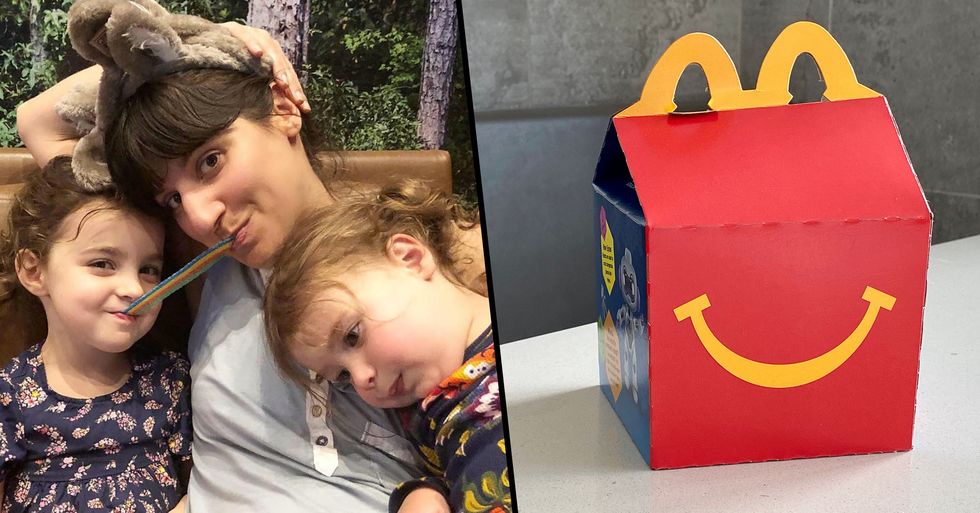 The topic of gender can be a thorny one - with gendered terms coming under fire more than ever. And one mom from Chicago has made an interesting point this week about how McDonald's plays into problematic stereotypes...

Even though Father Christmas is a fictional character made up for children, many parents called for the festive figure to not be gender-specific.

It's a complex issue.

And we can't forget about the whole "gingerbread man" debate, can we?

Some people were calling for the term to be changed to "gingerbread people."

More and more people are now making a conscious effort to include gender-neutral pronouns in day-to-day life.

And it's safe to say that the LGBTQ+ community is now bigger than ever and if they think this will help us move forward to achieve equality, then we should respect that.

So much so, that the United Nations shared this important tweet.

Things are getting better.

Although some question whether these kinds of performative actions as a means of diverting from the real problem.

But it seems there's one company that hasn't got the memo.

As McDonald's and their gendered Happy Meals have come under fire this week.

As she was driving cross country to visit her parents late last year.

"I ordered some burgers for me and my husband and two Happy Meals for my kids," she wrote.

"I didn't expect so many follow-up questions. "Do you want a four-piece or a six-piece Chicken McNugget?" "Apple slices or Yoplait?" "What drink — milk, water, or juice box?"

"Just when I was digging in my purse for my credit card, the cashier asked one more question."

"Are these for girls or boys?"

"Oh, for the toy," the cashier responded.

Schweitzer had two daughters, but curiosity got the better of her.

"I'll take one of each," she replied.

And she was very disappointed at what she discovered.

"Inside the first? A miniature Barbie doll. The other? A Hot Wheels car."

"To add insult to injury, the Barbie came with a purple hair comb and the Hot Wheels car came with a two-piece plastic ramp a kid could learn to build."

It does seem rather arbitrary and disappointing.

Could it reinforce negative gender stereotypes?

Surely, it would be better for McDonald's to ask "Barbie or Hot Wheels" instead?

The issue of gender seems set to rage on.

And there's one topic that still seems oddly controversial. Scroll on for the new style of gender reveal party ...