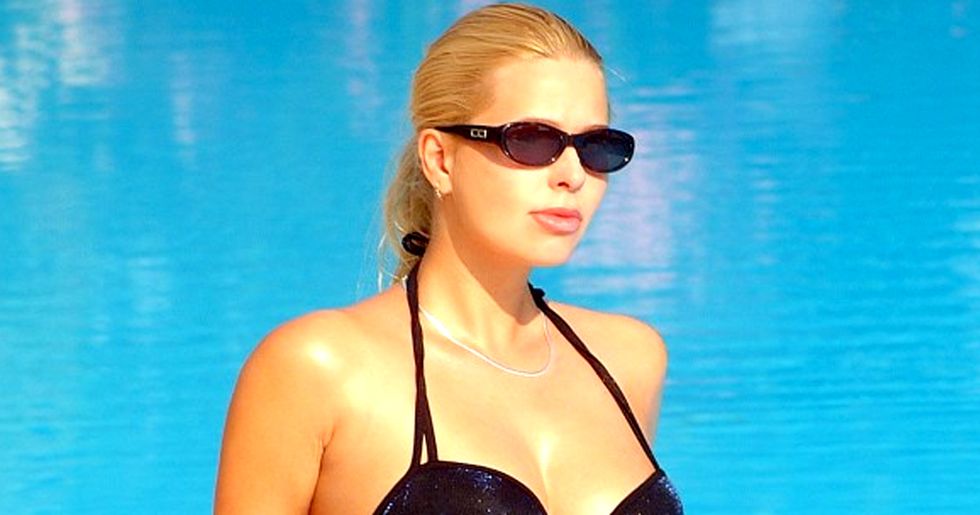 You'd think in 2020 women would be able to dress their bodies how they see fit, or at the very least wear a bikini without being told off for it.

But no, that clearly isn't the case, as one mom found out recently for wearing a bikini in the swimming pool.

This mom was told to 'dress more modestly' by another woman at the pool.

Keep scrolling to see the bikini that caused all the fuss.

Lately, the hot weather has enticed many people into visiting local beaches and swimming pools.

And wearing layers of clothing is never ideal when you're trying to take a dip.

In the majority of places, there are unwritten rules when it comes to how little clothing we can get away with...

And sometimes, it's even to the point where the police are called to get involved according to lots of recent stories. How ridiculous?

And recently there's been another ridiculous story making the rounds.

It's the tale of one new mother, and how she was wearing a bikini down at the swimming pool.

But one woman was really unhappy about it.

So the story goes that the young mom was body-shamed at a baby swim class after the wife of a man she spoke to told her to "dress more modestly".

The mom was totally baffled.

And claims that the bikini, which she bought on Amazon, wasn't even that raunchy, and only revealed about three inches of her waist.

She's one of the only moms who attends the class.

Apparently most of the class is fathers while the moms stick around poolside, watching.

On this day in particular there was a new baby at the class.

The new baby looked around the same age as the woman's son, so she went over to the father and said hello.

Today, there was a new baby at swim class! He looked to be about the same age as my son.

As the father got into the pool, he said hi and I returned the greeting.

"I then asked him how old his son was."

We made about 30 seconds of small talk before the class started.

But then things turned nasty.

After class was over and my son and I were leaving the pool area, this man’s wife approached me and said 'you know, if you are going to continue to swim with husbands and fathers, you should really dress more modestly'.

She added that her 'curves' were not a distraction.

The woman was so surprised by the comment that she literally just said: "Thank you for your opinion."

However she was unable to shake off the woman's bizarre opinion and decided to ask her friend's opinion on it.

Her friend told her that she probably think about a different swimwear option...

She said that I should invest in a one-piece (which I personally don’t like because I have a long torso and no curves, so most of the time they don’t fit right, and when they do, I don’t pull them off well).

But the woman's staying strong.

And she insists that the entire thing is ridiculous and that the other woman had an 'insecurity problem'.

Take a look at the bikini in question below!