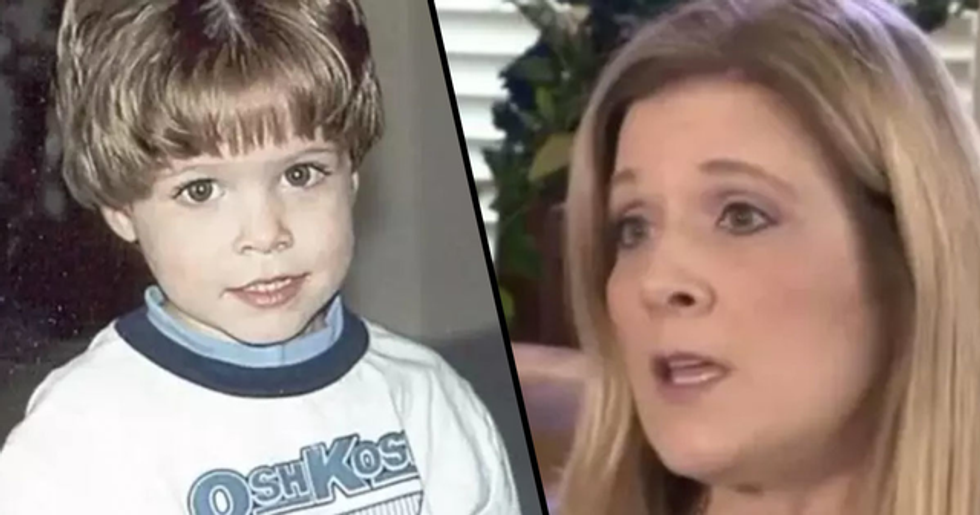 Mom Makes Her Sons Drink Bleach to 'Cure Their Autism'

A woman has caused shock and outrage this week after she admitted to feeding her sons bleach in a bid to "cure their autism."

The mom, from Lenaxa, Missouri, has attempted to justify her abuse by claiming that the solution, which contains a mix of bleach, sodium chlorinate, and citrus acid all diluted in water, has had proven to have an effect on both her sons' autistic traits, and has even had positive effects on their health.

Keep scrolling to read the full story, and to hear this woman's ludicrous reasoning behind her actions.

Autism is a life-long developmental disability.

The condition affects how people perceive the world, and how they behave and interact in social situations and with others. It is characterized by challenges with social skills, repetitive behaviors, speech, and nonverbal communication.

And it is incredibly common.

In 2018, the CDC determined that approximately 1 in fifty-nine children is diagnosed with an autism spectrum disorder here in the States.

There is a spectrum.

And, dependent on where a person sits on the spectrum, the characteristics of autism can vary.

All autistic people share certain difficulties, but being autistic will affect them in different ways.

Autism is not a disease or illness, therefore it cannot be cured.

Autism is generally believed to be caused by genetics.

Research has consistently supported the theory that autism tends to run in families. Changes in certain genes increase the risk that a child will develop autism. If a parent carries one or more of these gene changes, they may get passed to a child.

And it is definitely not a result of vaccines.

So all you anti-vaxxers out there can just pipe down, okay?

But scientists have conducted extensive research over the last 2 decades to determine whether there is any link between childhood vaccinations and autism. The results of this research is clear: Vaccines do not cause autism.

And there is no cure for autism.

Autism is not a disease that can be magically irradicated with a course of antibiotics. It is a social disorder with characteristics that, instead of being curable, can be managed and improved over time.

But there's one mother who clearly disagrees with this.

She believes that her bleach remedy has helped to ease her children's autistic.

She has revealed that she began using Miracle Mineral Solution (MMS) in an attempt to help her son Jeremy, twenty-eight, and his brother, Joshua, who suffers from a less severe form of the condition.

This Miracle Mineral Solution is an incredibly toxic formula.

The solution is a corrosive concoction of industrial bleach containing sodium chlorinate and citrus acid diluted in water. It has been touted by some as a cure for HIV, hepatitis, acne, and cancer as well as autism but doctors say it is ineffective as well as dangerous.

Many doctors have publicly slammed the MMS formula.

Speaking last year, British GP Jeff Foster said that MMS does treat autism or any other condition. “Autism is a neuro-developmental condition which is not ­amenable to any form of tablet treatment," he said. "When you have very extreme measures like this to ‘cure’ a condition it’s just a roulette game. Eventually someone will die. It’s only a matter of time."

But Laurel claims that her decision was supported by her doctor.

And insists that her sons' health and behavior has improved since the "treatment" began.

She explained that Jeremy's behavior was out of control.

And that the corrosive solution helped to soothe his outbursts. Laurel told Fox4KC: "When you have someone who tears up their arms and screams all the time and can’t speak and they’re trapped in their own body – that’s not normal, and that’s not something they were born with."

Laurel had her sons take MMS for one year from June 2018.

And insists that their behavior has improved. "If I was poisoning them with bleach, wouldn’t their health be getting worse instead of better?" she said.

However, their dad disagrees.

Laurel's ex-husband, Brad, has called the treatment "snake oil" and said that her use of it is akin to "child abuse." He said: "This thing claims to cure everything. It’s such a ludicrous idea. She’s giving Joshua and Jeremy bleach to try to cure their autism."

Brad even reported Laurel to the Lenaxa police department...

But the action was dropped after blood tests did not show any signs of toxicity. All 4 of the children that the couple had together have autism and Brad believes the scientific view that the condition is caused by genetics. Laurel, on the other hand, thinks her children's autism was caused by vaccines. Yeah, the mom who feeds her kids bleach is also an anti-vaxxer, just to make this story even better.

And he has even gone as far as to compare her actions to child abuse.

"It is akin to child abuse in my opinion. I fear for their health, their safety."

The rise of anti-vaxxers is worrying.

And there are a number of high-profile names who believe in the ridiculous phenomenon. Keep scrolling to read more...