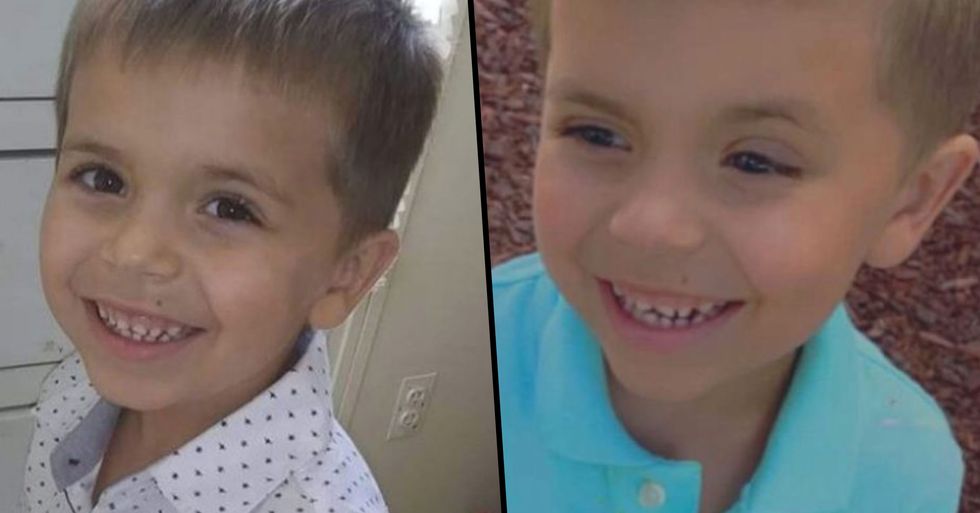 The tragic and unjust death of 5-year-old Cannon Hinnant has shocked the nation and now his mom is demanding justice be served for her little boy...

Guns are a controversial topic here in the U.S.

And it is one that divides opinion a lot of the time.

And even worse, shootings are now a common thing here in America.

It's a huge point of debate in the U.S.

The number of shootings across the U.S. in 2019 outpaced the number of days in the year, according to a gun violence research group.

The little boy, who has since been named as Cannon Hinnant, was shot in the head at close range.

Police are yet to release any details about a possible motive behind the shooting...

But people on social media seem pretty certain that the shooting was a racially aggravated one.

Even though Cannon's death was reported...

People were left horrified that this little boy's tragic story wasn't being circulated in the mainstream media.

Cannon did not deserve to die.

Have any mainstream media outlets covered Cannon Hinnant yet? The deception in selective reporting is their most p… https://t.co/H1sDttAcQH
— Leonydus Johnson (@Leonydus Johnson)1597317166.0

Where on earth has the coverage been?!

But what's even worse is what this poor family must be going through right now...

And to make things even harder, the family realized how expensive a funeral would be for their little boy.

And even though Cannon's funeral took place on August 13th, the donations just continue to pour in.

Although no amount of money can bring Cannon back.

It'll make their financial life that little bit easier during this unimaginable time.

Capital punishment is a legal penalty in South Carolina.

“My baby didn’t deserve this," Waddell said. “He had the biggest smile, the biggest eyes."

Waddell said: “We lost a big piece of our family" after the child’s death.

“He changed all of our lives. He touched everybody that he knew," she added. “This man took my girls when he took my baby," Waddell said. “They know he’s in a better place."

John Britt, a Wilson County District Court Judge, told Sessoms last week that he has a right to represent himself with a lawyer.

Sessoms, who is being held without bond, said he wanted to try to hire a lawyer.

Hinnant said Sessoms and his family had no problems previously with Sessoms.

They even had the suspect over for dinner on the day before the shooting.

There doesn't seem to be a motive in the slaying.

“There wasn’t anything between me and him, any bad blood whatsoever, for him to have a reason to do this," Hinnant said.

They are still not sure why the boy was killed.

Cannon was laid to rest at the funeral on August thirteenth. Keep scrolling to find out what Trump has to say on the death penalty...