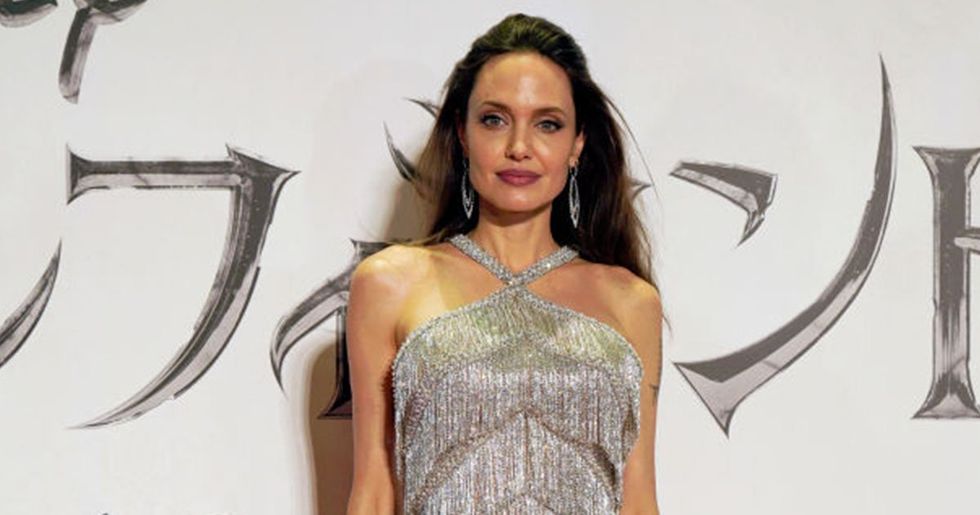 Has anyone ever told you that you looked like someone else? Ever been told you're a bit of a lookalike? I mean, how different can a billion human faces be, right?

There's bound to be someone we look a bit like and looking like a famous person can be a whole different experience than looking like someone that lives down the road. This is something that Melissa Baizen discovered when she realized that she had an uncanny resemblance to Angelina Jolie.

Continue scrolling to see some celebrities that lookalike other celebrities and read all about Melissa's story.

Another Hollywood duo who are often mistaken for each other, I think it has something to do with the dark hair and stubble.

These two actors once starred alongside each other in 90’s classic, 10 Things I Hate About You, and since then it’s been hard to tell them apart.

This similarity has often been discussed on McHale’s show Community, even though I personally can’t see it.

Will Ferrell and Chad Smith.

Another creepy one. I mean, it’s like Orphan Black in here!

In 2014, Fillion took to Twitter to rate his various Hollywood doubles. How did he grade Renner? Brothers. Which sounds fitting as hell to me!

Many people think that the Ugly Betty star and the American Idol winner are basically clones. Especially when their hair is down!

You may recognise both of these actors, but we’re not going to tell you from where. You’ll have to figure it out for yourself.

Ed Sheeran has been a blessing to ginger men everywhere, with many often being mistaken for the singer by female fans. But Sheeran also shares a lot of similarities with Harry Potter actor, Rupert Grint. Grint even appeared in Sheeran’s music video for the song “Lego House", where they take full advantage of their clone status.

Another pairing that just look so damn similar.

Come on! This one is just creepy!

She is not a celebrity, but she sure looks a heck of a lot like one famous actress that we all know and love...

Doesn't she bear an uncanny resemblance to mom-of-two, Melissa Baizen?

It was that movie that catapulted Jolie into the mainstream, but it also catapulted Melissa from Winsconsin into the public eye.

It is pretty difficult to tell them apart.

Could this be some kind of long lost family situation? Melissa and Angelina really could pass for twin sisters.

Melissa has done some Jolie-style cosplay.

I mean, who better to pull off a Maleficent cosplay outfit than the woman who looks exactly like Angelina Jolie?

Sorry... even I'm getting a bit confused.

Right, okay, the picture above is the real Slim Shady, that is Angelina Jolie. I think that, if you look closely at the cheekbones, you can tell the difference. No one will ever have cheekbones as high or as sharp at Ms. Jolie.

How strange it must be to be mistaken for someone you don't know and have never met all the time. Baizen has been stopped and asked for an autograph before. Most of the time people just do a double-take.

Revealing the absurdity of being mistaken for the Hollywood actress, Melissa said: "Some will just stare and whisper to who they are with and others will say 'Wow you look a lot like Angelina Jolie!' Or I’ve gotten some comments like 'Where’s Brad?'"

Maybe Jolie could use this likeness to her advantage...

Both women are devoted to their kids.

Another thing that these two women have in common is how important their kids are to them. I suspect that Melissa wouldn't step in as Jolie's double as she is focused on raising her family. When asked whether modeling or acting was anything she was interested in pursuing (what with her striking looks), Baizen explained: "It was never really the right time for me and was not a top priority. As I get older the chances of doing any serious modeling or acting wanes." Well, maybe the pair could still meet up and have dinner together! Continue scrolling to read why I believe that Angelina Jolie and Keanu Reeves should be dating, if they're not already...