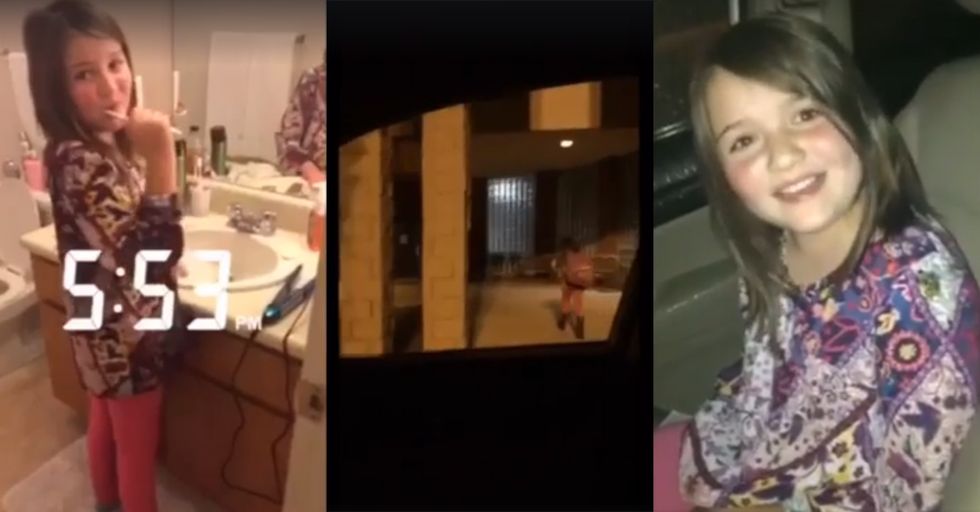 Parenting any time of day can be tough, but most moms and dads would agree that mornings are the worst, at least when it comes to schoolagers. When you have to deal with wardrobe battles, lost shoes, and homework that was supposed to be done last night — all before you've even had a chance to guzzle your coffee — it's more than just simple exhaustion making you want to pull the covers over your head and hit the snooze button eighty or ninety more times.

One mom, however, discovered how to make getting ready for school not just fun, but hilarious...and it turns out the key is not waiting until morning to do it.

Lindsay Chastain is no stranger to pulling jokes.

As she shares on Facebook, basically everyone in her family has been "victims of [her] pranks" at one point or another. So they probably weren't too surprised when she played a joke on her nine-year-old daughter, Lexi, who woke from an (apparently very restful) nap at around 6 PM and thought it was time to go to school.

Chastain went along with it perfectly, helping Lexi get ready and capturing it all on video.

Laugh-loving parents will particularly appreciate the subtle shade of adding the timestamp overlay to her video, underscoring the fact that Lexi was brushing her teeth and doing her hair for school...at dinnertime. But Chastain doesn't stop there — she drives Lexi all the way to school and lets her walk up to the locked doors before letting her in on the prank!

Check out the video below, which Chastain appropriately captioned, "When the nap was so good you think it's the next day when you wake up so you start getting ready for school..."

Try not to laugh, we dare you. It can't be done.

Lexi, who must get her great sense of humor from her mom, is taking it all in stride.

"Celebrating 1 million views on her video!!!" Chastain says on Facebook alongside a photo of the mom-daughter duo wearing big smiles. Of course things have grown considerably since then — the video has now been viewed over 12 million times, capturing the attention of local and national news, and even scoring them a Skype chat with the Ellen Show!