Mom Reveals Why She Won't Vaccinate Her Children | 22 Words 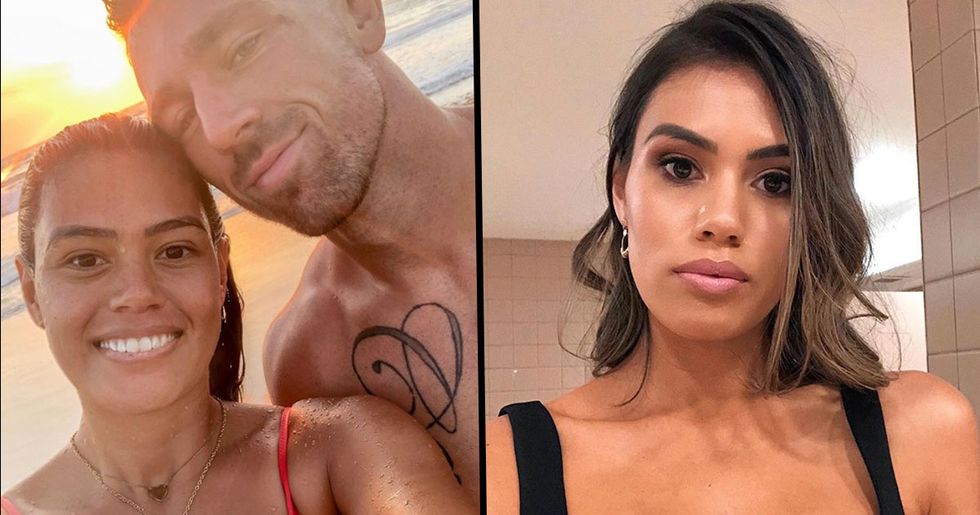 Mom Reveals Why She Won't Vaccinate Her Children

Lately, a new parenting trend has appeared and is now spreading across the world like some pandemic. A number of first-time parents are choosing not to vaccinate their children, and are quitting vaccination themselves.

It's interesting how, at the same time, some diseases that were once nearly instinct are now experiencing a resurgence. And sadly, their main target is young children.

The World Health Organization has been working hard to inform the public about the necessity of early vaccination. It has also repeatedly addressed the main concerns that surround vaccination.

Yet, some people choose to go against the better advice and put their own and others' children at risk.

One young couple has recently joined the list of anti-vax parents, saying they will not even use diapers on their newborn. Instead, they will train the child to go to the loo outside. Like a puppy.

New controversy: vaccines needed or not?

Some parents believe vaccines are the cause of disease rather than prevention.

There's already an outbreak of measles in some parts of the US.

Meanwhile, the World Health Organization reports that this anti-vax movement will be one of the major threats to global health this year.

According to WHO, we're already on the verge of having a widespread case of flu. It's a question of when and how bad.

Unfortunately, it all depends on the "weakest link in any country’s health emergency preparedness."

153 WHO institutions in 114 countries are working hard to find potentially pandemic flu strains before they go viral.

Based on these observations WHO will then recommend which strains should be added to the flu vaccine.

WHO has several partnerships across all countries that will help insure quick immunization and treatment the moment a potentially pandemic strain is found.

But vaccine hesitancy is making their job more difficult.

WHO defines vaccine hesitancy as "the reluctance or refusal to vaccinate despite the availability of vaccines," which "threatens to reverse progress made in tackling vaccine-preventable diseases."

According to WHO, vaccination is the most cost-effective way to avoid disease.

Its effectiveness can been seen in the global data: 2-3 million deaths are prevented each year, while 1.5 million more could be avoided if global coverage of vaccinations improved.

The number of measles cases has recently increased by 30%.

WHO says the reasons for it are complex and it's not entirely because of vaccine hesitancy.

However, scientists have noticed that some countries that once were "close to eliminating the disease" are now experiencing a resurgence which coincides with an increase in vaccine hesitancy.

It's not entirely clear why people refuse to vaccinate themselves and their children, but WHO has identified 3 main trends: smugness, inconvenience of getting vaccinated, and distrust of the health industry.

Still, health workers are seen as the most trusted influencer of vaccination decisions.

That's why they should receive more support. After all, health workers are the first point of information on health, including vaccination.

In 2019, WHO aims to increase support to the HPV vaccination centers in order to eliminate cervical cancer entirely.

The organization also says that 2019 may be the year when "transmission of wild poliovirus is stopped in Afghanistan and Pakistan."

In 2018, the number of polio cases in these countries dropped to under 30.

WHO says they are "committed to supporting these countries to vaccinate every last child to eradicate this crippling disease for good."

WHO also has answers to the 3 most common concerns people raise when it comes to vaccination.

Some people believe that since the global levels of hygiene and healthy nutrition has improved dramatically over the last hundred years, vaccination isn't necessary anymore. That's a myth.

"Vaccines are necessary — and good hygiene, sanitation, clean water, and nutrition are insufficient for stopping infectious diseases," WHO writes.

"If we don’t maintain optimum rates of immunization [...] the diseases prevented by vaccination will return." Even though better hygiene and nutrition help protect us from infectious diseases, many infections can still spread despite of how clean we are.

"If people are not vaccinated, diseases that have become uncommon such as pertussis (whooping cough), polio and measles, will quickly reappear."

That means the viruses that carry these diseases will quickly mutate, making currently available treatments and vaccines ineffective, and therefore causing an increase in the cases of sick people.

Others are concerned that vaccines may be unsafe.

"Vaccines are safe. Any licensed vaccine is rigorously tested across multiple phases of trials before it is approved for use, and regularly reassessed once it is on the market," WHO confirms. As for the mercury that vaccines contain, WHO says the mercury is part of "an organic compound [that's used] as a preservative." "There is no evidence to suggest that the amount of [this compound] used in vaccines poses a health risk."

"It is far more likely to be seriously injured by a vaccine-preventable disease than by a vaccine."

"For example, in the case of polio, the disease can cause paralysis, measles can cause encephalitis and blindness, and some vaccine-preventable diseases can even result in death."

"While any serious injury or death caused by vaccines is one too many, the benefits of vaccination greatly outweigh the risks."

WHO also adds that "many more illness and deaths would occur without vaccines."

Finally, some people believe that naturally contracting the disease is a better preventative method than vaccination.

That's also not true. "Vaccines interact with the immune system to produce an immune response similar to that produced by the natural infection, [except vaccines] do not cause the disease or put the immunized person at risk of its potential complications."

In fact, natural infection will most likely come with a huge price.

Potential complications include "cognitive impairments from Haemophilus influenzae type b (Hib), birth defects from rubella, liver cancer from hepatitis B virus, or death from complication due to measles."

But even though all of this information and other scientific research is freely available online, some people still choose to go anti-vax.

The couple supposedly made the decision to not vaccinate their children after doing a lot of research.

20-year-old Shanelle even believes "she is still 'healing' from being vaccinated herself."

But how will their kids go to school - the boiling pot of contagious diseases?

Well, they're going to home-school them if non-vaccinated children aren't allowed to attend public schools.

Shanelle, who's currently pregnant with her second child, is also not going to use diapers.

Instead, she will teach the newborn to go to the loo in the garden. That includes for both number one and number two.

"I remember he (Bryce) was so defensive when I first brought it up and got angry at me for even suggesting that we shouldn't vaccinate," Shanelle said.

"And then he read a package insert and few pages of one of Dr Suzanne Humphries books and saw vaccines under a different light. And now we're here."

Shanelle and Bryce have both been vaccinated themselves but they say they're now suffering from "allergies and auto-immune disorders".

Shanelle said, "We now obviously don't vaccinate ourselves and are in the (slooooow) process of healing."

"For this baby we are going to try no nappies and do elimination communication, especially if we have a girl."

"All mammals will instinctively NOT soil their nest and will eliminate where mum tells them to."

"You don't sh*t your pants because you know it's uncomfortable and yucky," she added.

"Just like you teach a kitten to go in a litter box or a puppy to only go outside - you teach a baby the same."

I think there's one thing we can all agree on. If she's going to make the newborn go to the loo outside, without having been vaccinated, his/her chances of contracting some serious disease will only increase. It might be true that vaccination can trigger some allergies later in life. But, it seems to me, an allergy is a small price to pay for a reduced chance of pre-mature death.