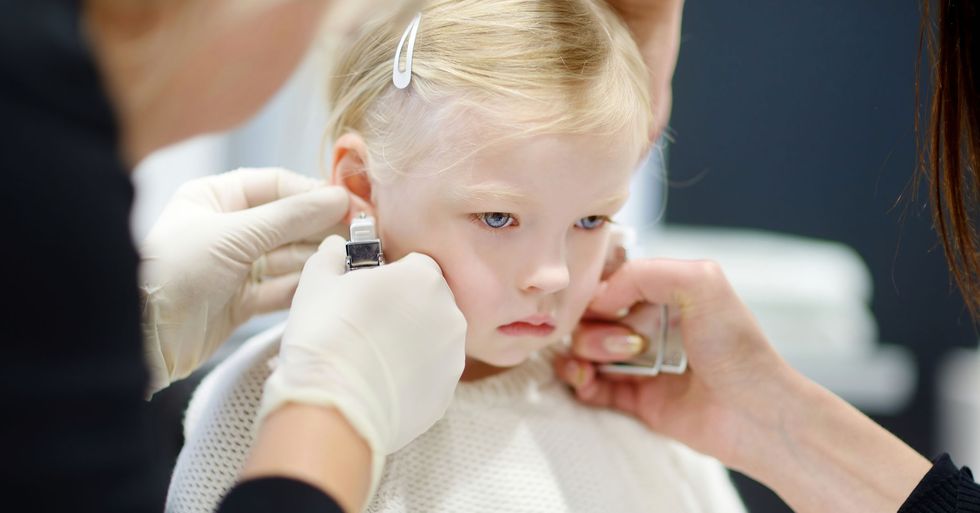 A mom has sparked an online parenting debate after saying she won't pierce her daughter's ears until she is old enough to give consent and decide for herself.

Reactions to this mom's decision have been very mixed, to say the least. Keep reading to see what people had to say...

We all know how important consent is...

But what about when it comes to our children?

It's important to teach our children the importance of consent from a young age.

A child must know the difference between a "yes" and a "no", and it is vital for their consent to be respected by their adult peers.

Including having a kiss from a grandparent... many have actually argued that grandparents should ask for consent before kissing or hugging their grandchildren.

But one mom has sparked a new debate recently...

And it's all over piercing her daughter's ears.

Writing in a blog post, the anonymous mom wrote about the decision as to whether or not she should get her daughter's ears pierced.

She started by explaining that she got her first tattoo at the age of eighteen - not because she wanted to, but because her own mother didn't want her to. "I would like to say I had some grand plan, or even that I wanted something cool, but no. No, I simply wanted a tattoo because my mother didn’t want me to have one. Go figure."

She explained that now, she has fourteen body piercings and more tattoos that she can count!

But when it comes to her own daughter, she isn't willing to get her daughter's ears pierced. "Yup, that’s right. The girl with the half-shaven head, wild-colored hair, and overall badass appearance isn’t shoving jewelry through her toddler’s ears."

She went on to explain:

"Before my daughter could sit or crawl, I had numerous family members ask when I would be piercing her ears, or they would express their shock I hadn’t done it yet. 'But I thought you would be all about piercing her ears. I mean, with all your piercings and tattoos…' they’d say"

The mom strongly believes in the fact that her daughter is the one to choose what she does to her bost.

"What seemed like a no-brainer to them — I had modifications so of course my daughter would — is precisely the reason my daughter doesn’t have any. Only she can decide what she wants to do with her body, and that decision comes with age, maturity, and language skills, not motherly intervention."

She went on to explain that her own mother pierced her ears as a child at home with a needle and an ice cube...

But we're now living in a new generation. "While the piercing in question is “just my daughter’s ears," they are her ears, and hers alone. Piercing my daughter’s ears before she can decide if she wants them pierced would do her no good and actually create a potential problem, and one which I see as the biggest problem with infant/toddler piercing: the issue of consent."

"All of my own modifications were my choice."

"Did I make stupid choices? Yes, but they were my stupid choices. If my daughter comes to me at 6 or 8 or even 10 and tells me she wants her ears pierced, I will educate her and then gladly accompany her to the nearest APP (Association of Professional Piercers) shop. But I will not force piercing on her, nor will I decide for her."

The mom finished by saying:

"I will not permanently modify her for my own vanity because — let’s face it — piercing her ears would be self-serving, since it is neither a cultural consideration (for me) nor medically beneficial, and I will sure as s*** not pierce her ears to save her from some perceived amount of pain that is no worse than a bee sting," she said. "So while small CZ studs may be shiny and cute, they won’t make her happy, at least not right now. That’s what Cheerios, Mickey Mouse, more Mickey Mouse — aka Minnie — Cookie, and Elmo are for."

Now, this is a slightly tricky topic to discuss...

Because nobody wants to be a parent-shamer and there are so many different opinions out there on the subject of piercing a child's ears... and people haven't been afraid to let their opinion be known!

Do you think that children should be the ones to decide if they want their ears pierced?

And do you feel it's invasive for parents to pierce their kid's ears without any consent? Keep on reading to check out the debate over grandparents getting consent from their grandkids to give them a hug...