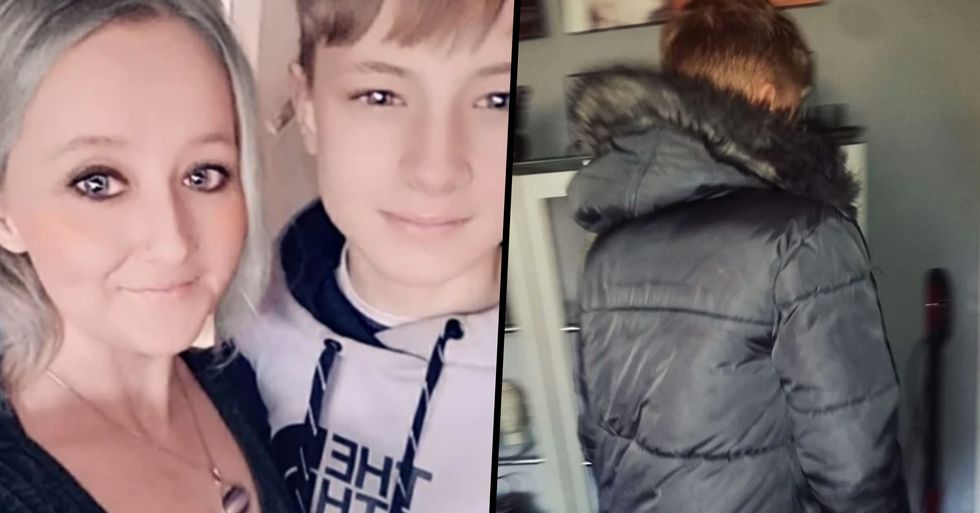 People all around the world are panicking... but some hilarious stories have come from this mass panic.

Keep scrolling to learn about the mom who shamed her son for selling "squirts of hand sanitizer" to his fellow students at school...

It has been confirmed by Worldometer that 4,390 people have now died globally, with the majority being in mainland China. A further 122,000 have been found to carry the virus and be infected.

People have been going to extreme lengths to protect themselves...

Many have been spotted donning face masks and various other items of clothing and materials in airports in a desperate bid to avoid the virus.

But more and more people are joining in this global panic...

This panic is totally unnecessary...

But with humans being humans, people all around the worst are preparing for the worst by clearing the shelves in supermarkets and isolating themselves.

It is unbelievable how quickly shelves have been emptied...

And it is a very selfish thing to be doing when there are people out there who genuinely need these products.

There is a global shortage of hand sanitizers at the moment due to people buying in bulk...

But one teenage boy from Leeds in the U.K. had a rather inventive idea to earn himself some pocket money.

The young boy took his own sanitizers to school with him...

And he would charge each student 50 pence each (65 cents) for a squirt of sanitizer.

A pretty smart tactic, we must say...

But, of course, this isn't ethical towards his fellow students and it more than likely caused even more panic.

The troublesome teenager was expelled for the day because of his antics...

And when his mom, Jenny, found out about this... she was not happy.

And she did not hold back.

She posted a photo of the embarrassed teen...

She wrote, "This is a picture of my teenage son just getting in from school. Why is he getting in from school at 10:53 am you ask? Schools don't finish until 3 pm." "Well, the little turd has just been expelled from school for the day after been caught charging students 50p a squirt for hand sanitizer to protect themselves from the bloody coronavirus!! Very hard to discipline this behavior when his dad phones him from work to call him a f****** legend."

"He bought a multipack of Doritos [chips] and saving the rest to buy a kebab later," Jenny wrote.

Even though the teenager's little business landed him in trouble with the school...

Many other parents found the whole situation hilarious, with one mom saying, "Omg I'm so sorry but this is so funny! Little entrepreneur on your hands here!"

Despite the recent news of the coronavirus outbreaking being declared as a pandemic...

It's a smart move as a teenager to earn a little bit of pocket money from it, we suppose!