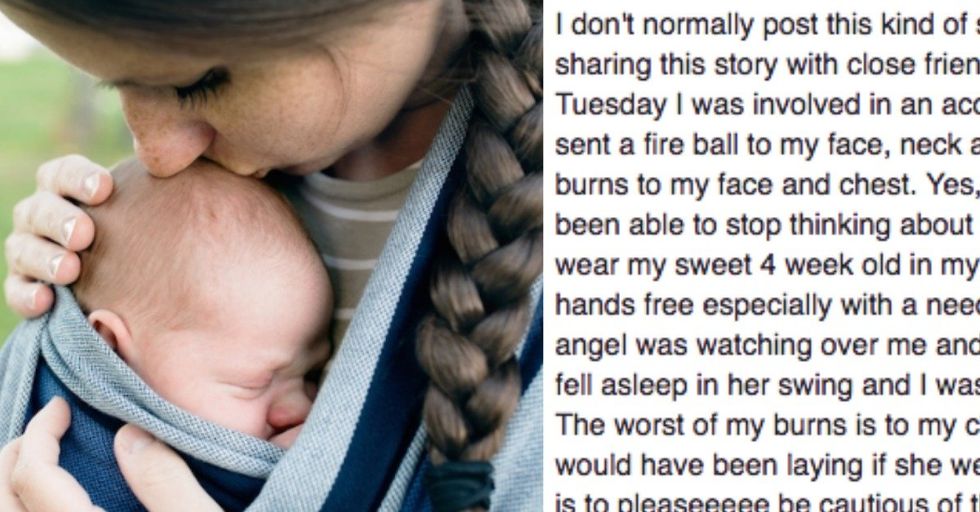 Nowadays, parenting isn't a reason to just "stay at home."

Thanks to technological conveniences and a different outlook by society, parents are totally capable of getting out into the world with their kids, rather than being trapped at home.

With that in mind, many parents are looking for solutions for the easiest and most convenient way to keep their kid in tow as they travel around.

It's a good time to be a parent in that regard because there are plenty of options to help life a little easier. It's almost as if companies just now realized that parents would like to be able to move with their kids without lugging around bulky equipment.

So we've got car seats.

These are getting smaller and more versatile, allowing parents to carry them around without having to swap them out or break their backs in the process. They're also safer, which is obviously a huge plus should the unspeakable happen.

We've also got strollers that are getting better and better.

In fact, sometimes the stroller and the car seat are one and the same. As you can see here, those big monolithic things are gone. The new ones are skinny and light, allowing parents to move them with ease.

Finally, the newest innovation (at least to catch on in the States), is the baby carrier.

Also known as a baby Bjorn, these things are everywhere and quite literally make carrying your kid as easy as wearing a backpack. But as one mom showed, babywearing can cause some truly terrible health problems for the parent, as the pics on the next page will show you.

Molly Landis is a young mother going viral with a powerful post warning other moms that they might be putting their babies at risk without even realizing it — just like she did.

Landis often wears her four-week old daughter in a baby carrier on her chest, but as luck would have it one night last week, she fell asleep in her swing.

As the next pic reveals, the danger wasn't to the child, as one might assume, but rather to the mom wearing the carrier.

You probably haven't gotten these marks from wearing a backpack, so perhaps you never thought they can happen. But baby carriers are built far differently and can have a very different effect on the wearer.

This meant she was out of harm’s way when a kitchen explosion caused massive burns to Landis’ neck and face — the exact spot where her daughter’s head would have been had she been in her wrap.

A normally private person, Landis felt compelled to share her story, along with a disturbing image, on Facebook as a warning to other parents who, like her, use a baby carrier while they get things done in the kitchen.

Her post has been shared almost 21,000 times with more than 3,000 comments, some of them judging her for wearing her child in the kitchen in the first place.

Yup. People were really angry about THAT.

They felt that wearing a baby was demeaning or somehow detrimental to the health of the baby. It's all a bit convoluted, and none of their responses were really solicited. It was a public service announcement that Landis was trying to perform.

But before you get TOO mad, know that most feedback was constructive.

Well, constructive and grateful, as it should be. She was sharing during a vulnerable, painful experience in an effort to make others aware. Taking her to task for carrying her baby seems a little ridiculous, doesn't it?

But most were supportive and grateful for a reminder about something that most people probably don't think about.

While it was a painful lesson for Landis, hopefully  sharing her message will prevent this from happening to another parent in the future.

But let's not stray TOO far from the point here, ok?

The moral of Landis' story is that parents should be careful when carrying their kids. 99% of the time, there's no incident, thankfully. But when there is, it's a real problem for the parent, so stay aware of who your skin's doing under there!

At the very least, you can't be the best type of parent without all your faculties.

So take care of your skin to ensure that your time with your lovely kid is as enjoyable as possible. And remember there's no shame in carrying your kid around. They'll be richer for getting to see the world, even if it's just around the block.