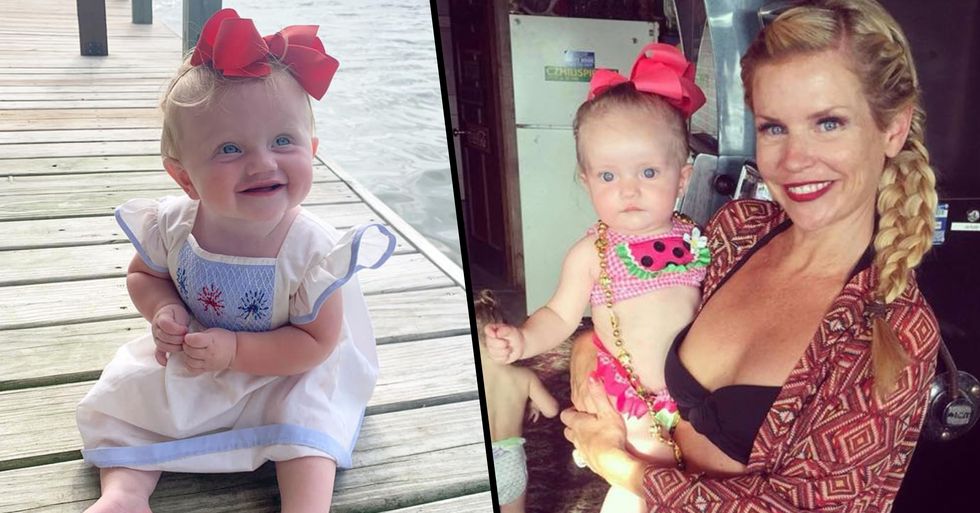 Being a parent is one of the most wonderful things that life can give us.

Of course, it requires a lot of responsibility but our children are completely worth it.

However, our worst nightmares of losing our children are sadly a reality for many parents, and one mom has recently spoken out about the risk of sleeping on a separate floor to our kids.

But sadly, many parents out there have experienced the tragedy of losing a child - something no parent should ever go through.

But this is what Keri Hall Volmert sadly experienced in 2016.

Keri and her husband were the proud parents to their seventeen-month-old daughter, Sammie along with their older son, Jackson.

On the evening of February 28th, 2016, Keri put Sammie to bed on the floor above her bedroom...

But little did she know that this would be the last ever time.

"I carried her up the stairs and placed her down in her beautiful crib that was made for a princess. She cried a little bit, and I walked out of the room knowing she would be asleep within two minutes as she always was. I never would have imagined that would be the last time I would see her alive," she started by saying.

Keri and her husband went to bed as normal...

But the next morning, their lives changed forever. "The desperation and screeching panic in my husband's voice the next morning as he went to retrieve her from upstairs is something I will never forget. I was in the kitchen making coffee and as soon as he screamed 'Keri' I knew something was terribly wrong. I froze and he yelled my name again as he ran down the upstairs hallway. 'I think Sammie is dead'."

"I met him as he rushed down the stairs carrying our precious angel who just hours before had been so feisty and full of life. Attempts to resuscitate her did not work and she was pronounced dead fifty minutes later at the emergency room," Keri recalled.

"Even though our upstairs thermostat was set on 72 degrees, the heater was blasting upstairs and it felt like a sauna. The temperature registered 99 degrees on our thermostat which was as high as it could go (meaning it was over 100 degrees)," the distraught mom explained. "Sammie died of hyperthermia. Doctors believe she never woke up or made a sound since children (until age 3 to 5) cannot regulate their own body temperature as older children and adults are able to do."

Something as simple as the heating caused the tragic death of Sammie.

"Throughout our shock and disbelief, we have researched and found cases similar to ours. Upon preparing to become a mother, I read multiple books and stories on possible dangers that could harm babies and toddlers. I knew blankets, stuffed animals, pillows, etc. could be dangerous to babies before they were a year old," she said.

Keri and her husband didn't realize the risk...

"Both of mine slept in sleep sacks with an angel care breathing monitor until they were one. I was such a worrier and they both stayed in bassinets in our room until they were six months old. I wish I had once read about this. There is a cheap temperature monitor I could have had-would have had If I had heard of even one instance where a child could die by a heater not turning off like it is supposed to," Keri continued. "Our son, Jackson, is three years old and had been sleeping in our bedroom downstairs for a year because he claimed monsters were in his room! Doctors said he would have likely died if he had been in his room."

Keri wants to raise awareness of this huge risk...

"We want others (especially those with two-story homes) to hear Sammie's story so that children can be protected and other families spared from the horrific grief we are forced to endure each day."

Many of us parents wouldn't think the heating would pose a risk to our children...

But reading Keri's devastating story is a prime example of this risk and sadly, Keri and her family learned this the hard way.

Temperature-monitoring baby monitors can reduce this risk for any concerned parents out there.

Our hearts go out to Keri and her family during this unimaginable time, and we're pleased to see the family slowly rebuilding themselves in the wake of this terrible tragedy. Keep scrolling to learn about why parents are warning about the most recent TikTok challenge...