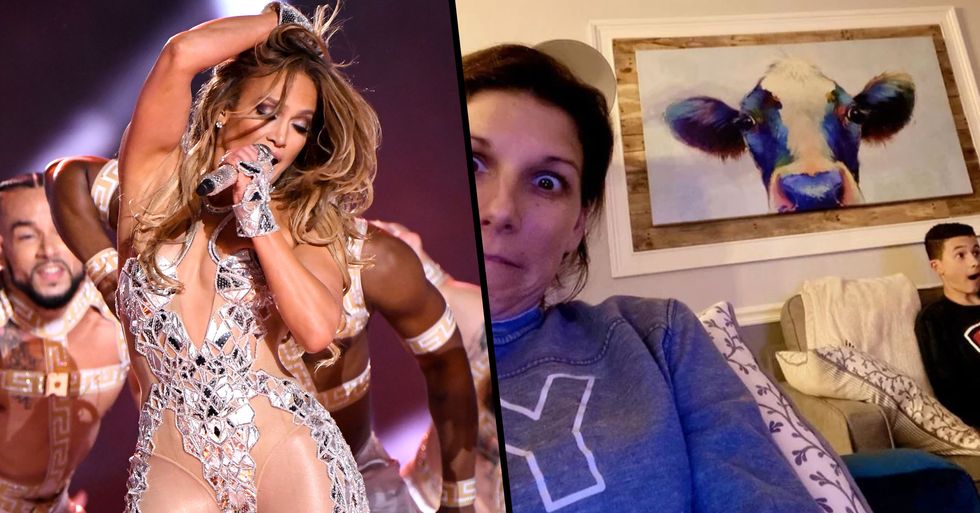 The biggest night in the sporting calendar arrived once again on Sunday. The Kansas City Chiefs took on the Francisco 49ers in the 54th annual Super Bowl at Hard Rock Stadium in Miami Gardens, Fla.

But we all know that the Super Bowl is as much as about the music as it is football. And Sunday night's long-awaited half-time show performance has got everyone talking so much so that the entire internet is now filled with J-Lo and Shakira memes and reactions.

This one fourteen-year-old boy's reaction had us all in hysterics because it was just too adorable. Keep scrolling to see it.

Though we all enjoyed the performance, it seems as though some people just couldn't get enough.

One mom decided she would share the reaction of her fourteen-year-old son who was watching the performance with her. And when J-Lo started pole dancing, it seems as if he just couldn't take his eyes off of the screen.

After seeing this hilarious reaction...

Other parents started sharing their own in a Facebook thread.

These two boys got so close to their TV...

And according to their mother, this is their second time watching the performance!

His mom wrote on Facebook that he hadn't been paying any attention to the Super Bowl until J-Lo came on the screen.

These two boys were too embarrassed to watch!

So they tried to shield their eyes, peeking occasionally from behind their hands. If you're in the mood to find out what other moment had everyone talking during the Super Bowl, then keep scrolling. This one may or may not involve the hunk that is Jason Momoa...