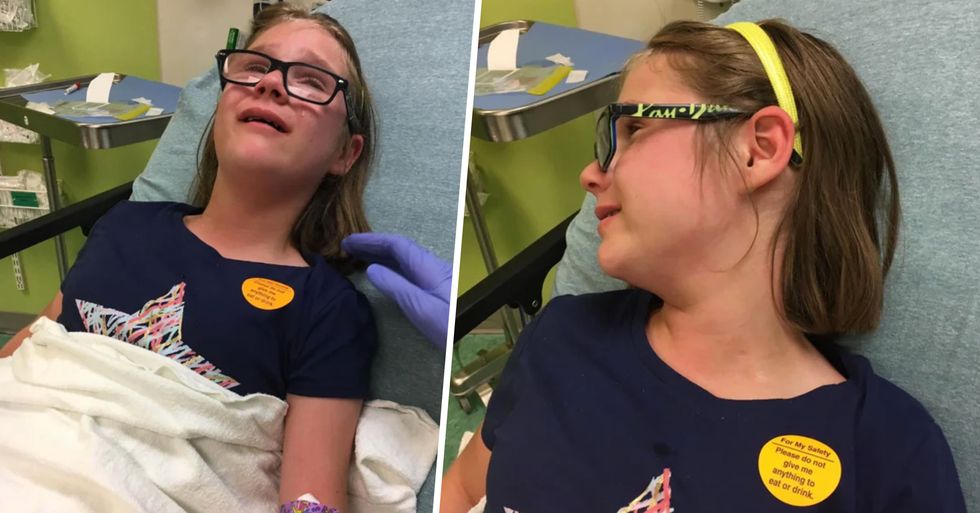 A mom, whose daughter wasn't vaccinated for medical reasons, has gone viral after she wrote an inspiring post regarding anti-vaxxers, and the many dangers they and their deluded ideologies bring with them.

Sadly, there are still anti-vaxxers out there.

But what exactly is an anti-vaxxer?

An anti-vaxxer is a person who opposes vaccinations in children and the laws made that mandate the vaccination.

We don't agree with the beliefs of anti-vaxxers, at all.

People who are against vaccines not only put themselves in danger...

But they also put their children in danger.

They believe there are healthier alternatives to vaccinations, but their naivety puts their children in great danger.

This is a case of better education.

Parents need to be educated properly about vaccinations as, at the end of the day, babies and children aren' t capable of learning about the vaccines they need.

And what anti-vaxxers need to realize is...

Not vaccinating children is a very, very dangerous game to play.

And one mom demonstrated this perfectly.

Camille Echols' daughter, Ashley, was only two-years-old when she had to have a kidney transplant.

This meant that she couldn't be fully vaccinated...

Therefore making her particularly vulnerable against other kids who aren't vaccinated against certain viruses and diseases. Writing on Facebook, Camille explained: "She got one varicella vaccine but couldn't get the second because she was immunosuppressed and instead of developing immunity, she would have contracted the virus."

Ashley managed to avoid the virus for most of her life...

But, a couple of years ago, she came into contact with another presumably unvaccinated child who happened to be carrying it.

This resulted in a traumatic trip to the emergency room.

Taking to Facebook to share her experience, Camille wrote: "I contacted her transplant nephrologist regarding her exposure, who in turn consulted with the infectious disease team at Children's Healthcare of Atlanta and their solid organ transplant PharmD. It was the team's recommendation that I take Ashley to the ER to receive VZIG."

Luckily, Ashley was able to be treated.

But the traumatic experience stood as a poignant reminder as to why children need to be vaccinated. Camille wrote: "I've been relatively quiet on social media about the "Anti-vax" movement. I've seen smart-ass memes saying "why would my unvaccinated kids be a threat to your vaccinated kids if you're so sure they work? THIS is why."

Along with her message, she shared two heartwrenching photos of a distressed Ashley in hospital.

Camille shared the severity of Ashley's situation: "She's getting lab work, injections of immunoglobulin and then we have to wait to see what the infectious disease doctor says. The incubation period of chickenpox is 7-21 days. So even with all we are doing, she could still become sick in the next 3 weeks."

Children like Ashley can't risk being around unvaccinated children.

Camille begged: "Please, if you are someone who believes your child will get autism from vaccines, PLEASE educate yourself. There isn't a single peer-reviewed study that came to that conclusion."

If this doesn't stand as a reminder to vaccinate your kids, I don't know what will. Sadly, some people just can't see the error of their ways... So the internet tries to show them. One anti-vaxxer got spectacularly roasted for wearing an anti-vaxx t-shirt - Keep scrolling for the best responses.