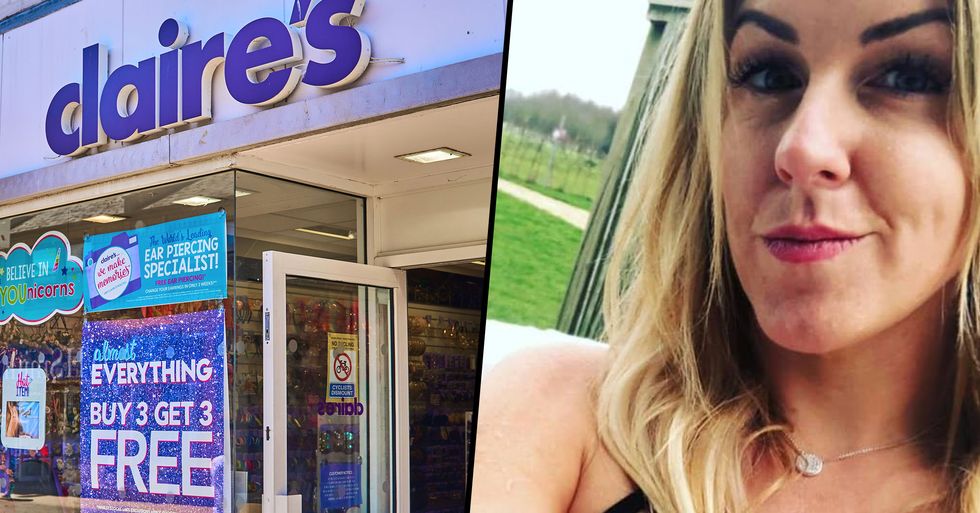 Imagine thinking you're going to spend $20 on a birthday present for your 6-year-old daughter and then you accidentally end up spending $88... That's one expensive gift. This one mom spoke out about how she felt cheated by an ear-piercing company.

We all know the pain and turmoil of buying presents.

Spending a load of money on futile objects that the receiver probably won't even like? Yeah, we've all been there.

Because, while we like to imagine our gift receivers will simply love their present...

It is often more likely that they will return it... Or worse, recycle it as a gift for someone else.

It is a truly stressful experience...

And the pressure only mounts when it's a milestone birthday that you're shopping for.

Yep, all of these birthdays carry with them significant milestones and achievements, so the gifts are expected to be that something extra special.

The pressure is immense.

And many of us are left wondering just how we're going to pull off something that's both affordable and amazing.

Well, this one mom thought she had found the perfect gift...

Joanna Lovell, from the United Kingdom, decided to take her daughter, Jasmine, to get her ears pierced from a popular accessory store for her 6th birthday.

But little did she know, she was going to have to pay almost triple the bill she expected...

Speaking to Hull Live, she recalled the horror and humiliation of the dreaded day.

"I chose Claire's Accessories because they market themselves as the 'world's leading ear piercing specialists' and have been piercing for over 40 years. I didn't research the price before we got in the shop - but I expected it to cost somewhere in the region of £20 to £30 (25-38 dollars) In hindsight, I clearly should have looked first." You should always ask about the price if you're unsure.

However, Joanna and her daughter went to the store anyway where they were handed a board of options.

The board which was titled the "Diamond Collection" didn't specifically outline any prices, but the sections were labeled based on what material the earrings were made from.

There were gold, silver, and stainless steel options to pick from.

And after letting her daughter decide which ones she liked best, Jasmine settled on a pair from the premium collection, which should have been a clue about the price.

"At this point, Jasmine was starting to get nervous, so my focus was on her and not on the price but we still weren't given any guidance. "I thought the 18ct gold looked good, so when it was Jasmine's turn she pointed to the ones she wanted from the box, which also had a 3mm crystal."

But little did she know, that choice would set her back a whopping $88.

When presented with all the paperwork, she saw the price saying: "The assistant got the earrings out and showed us them - at this point, she told me they were £68 ($88). I thought I'd misheard her, but when I questioned, she confirmed the cost." Yikes.

"She could tell I was shocked, but as she didn't go on to tell me about any cheaper options, I assumed the prices for all the earrings must have been similar. So I found myself muttering 'that's fine'." I mean, a customer advisor should be able to pick up on clues and help out the customer, but clearly this one had other thoughts.

But without much wiggle room here, Joanna agreed and Jasmine's ears were pierced.

And just to make things worse, the mom was then encouraged to buy a cleaning solution for the earrings which pushed the total $12 higher.

She went home to do some extra research on the matter:

"It was only after I looked online and saw prices start from just £15 ($19) - so I do feel robbed that there are much more reasonable options available that weren't pointed out. "If I had seen the prices, I wouldn't have gone for the cheapest £15 stainless steel option, but instead of the 18ct gold, I might have chosen the 24ct gold plated at £30 ($38)."

She hopes that other people wouldn't make the same mistake after hearing her story... But others had mixed views on the incident.

And now Claire's, the accessory company has spoken out about everything clarifying the facts:

Here's the life lesson, do your research.

Keep scrolling to read more about how the act of giving gifts can go completely wrong...