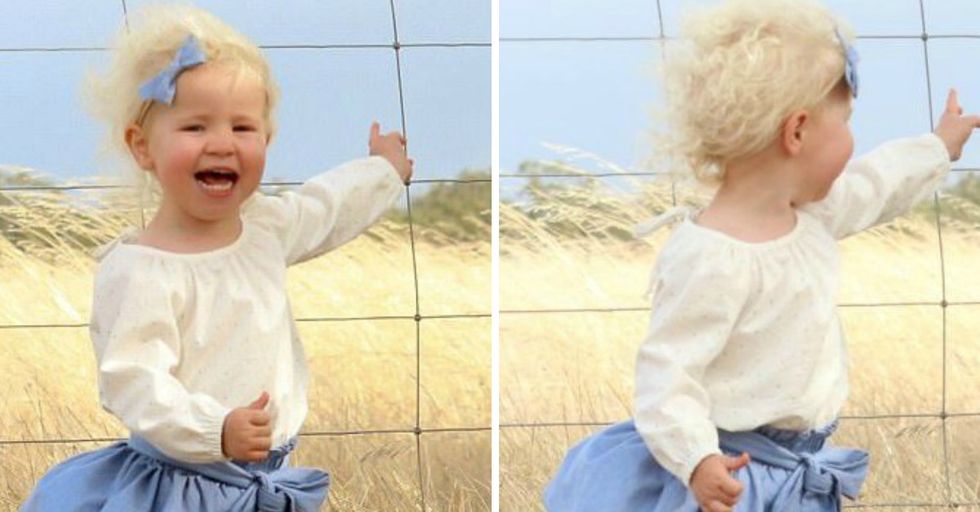 Australian mom Bianca Dickinson was taking some photos of her two-year-old daughter Molly out at the end of their driveway, which is nothing out of the ordinary.

But then their photoshoot was photobombed by an animal, which can often be hilarious, but in this case could have been deadly.

As her finger pressed the shutter-release, Bianca barely noticed something brown moving in the background.

At first, she dismissed it as a twig blowing in the wind, but a second glance proved that initial assumption to be quite inaccurate. In that photo slithers a brown snake, which is considered to be the second-most venomous land snake in the world, and they account for around six of every ten snake bite-related deaths in Australia.

“Every time I shut my eyes I see that big snake and what could have happened," Bianca said. "I see Molly being taken away in an ambulance."

“I could see the bus coming and Molly and I were near our mailbox, so I crouched down and looked at her through the lens," she explained. "I guess I was focused on her so I didn’t see anything else. It was really windy and then I saw this flash and I just thought it was bark coming off the tree. When I looked up it was already halfway past, I could see the tail between Molly’s legs. I think it was touching her boots it was that close."

Her initial instinct was to run and grab her, but she thought, "No, if I do that the snake might come back."

“I froze and luckily she copied me," she said.

Not long after, her three eldest children got off the school bus and she screamed at them to get into the car.

Her other children were shocked to see the deadly brown snake so close to the youngest of the family. While Molly doesn’t seem to be aware that she was standing so close to a deadly snake, the Dickinson household is on high alert for more unwanted reptile guests. “Molly looked at the photo when I showed her and she just said, 'That’s me’. She’s sleeping happily and has no idea what happened, which is good," Bianca said. "The kids didn’t want to go outside yesterday, around the house will be fine, but we’ll be taking a bit more care walking out and about."