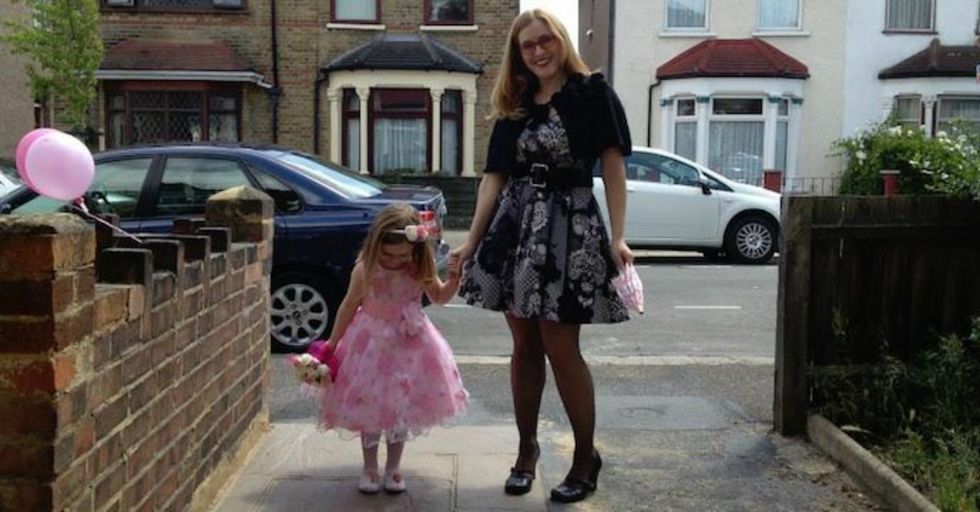 Leaving your children in the hands of another adult is a scary situation for most parents, no matter how much you trust that individual.

But Kasey Edwards is taking no chances and has instituted a blanket rule — no male caretakers for her children, ever.

The rule includes her own father, other family members, and close male friends, meaning no man is exempt with the exception of her husband and one male teacher. Edwards' reasoning is that she doesn't want to risk her children's well-being by leaving them with possible sex offenders and in her view, most child molesters are men, therefore she should not let men ever watch her children.

Together with her husband she decided to make this rule when they first gave birth to a baby girl.

"We based it on horrifying statistics, based on the risk of child sexual abuse caused by known men and we decided it was just easier, and safer, for us to have this rule," she said, in a clip for The Project, which has sparked quite the debate.

"I don't want to think of anyone in my family or any friend and question whether or not they could be a potential sex offender," Edwards continues. "So if we just have a blanket rule, then we're safe."

She wont even let her own father-in-law watch her daugthers. She said the only male she lets watch her kids is a "lovely" kindergarten teacher. ' The childcare centre is so well-run — it's got procedures and structures in place — that we don't even have to think about the safety of that situation," she said.

She also authored a column for Daily Life outlining her feelings about male babysitters.

"Would I prefer to be a more chilled out parent? Absolutely," she wrote. "Will I change my family policy? Unfortunately no. Child sexual abuse is so prevalent that I won't back down on my no-male-babysitters policy."

She did explain that she doesn't believe all men are predatory. She and her husband, "didn't want to investigate the character of every man they knew to asses whether or not they were."

"My husband and my decision is based on straightforward risk analysis: a cold, hard, unemotional reading of the statistical data," she wrote.

Here is the clip from the show:

Some people felt it was her choice and everyone else should butt out.

But even more people found flaws in her logic.

Where do you come out on this? Extreme or just extremely careful?