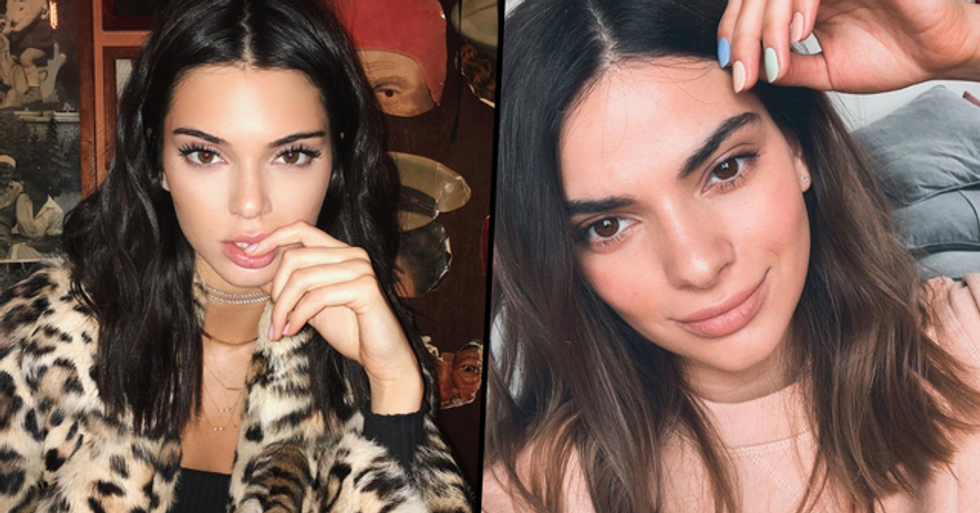 Mom Stuns the Internet With Uncanny Resemblance To Kendall Jenner

A Georgia mom has gone viral for her uncanny likeness to the infamous supermodel, Kendall Jenner.

Now, we all know that Kendall Jenner is arguably one of the most beautiful women of our age...

So you'd be forgiven for stalking her Instagram and wishing you looked a little more like her from time-to-time.

However, for most of us, we will never resemble the infamous Kardashian-Jenner sister.

She's a supermodel for a reason, right?

But, this week, one woman has gained an awful lot of attention...

For her uncanny and, quite frankly, spooky likeness to the model.

That strangers have even approached her in the street for an autograph.

Yep, that's how much she resembles the supermodel.

Kendall herself had an incredibly early introduction to the world of fame and fortune...

And now, just a few years on, Kendall has one of the most recognizable faces in the modeling world.

But, putting the controversy to one side...

Kendall has (mostly) enjoyed her fame, and has become one of the youngest, most accomplished models of our age.

So being her doppelganger can't be the worst thing in the world, can it?

Coming swiftly back to the whole point of this article, a Georgia mom has recently gained her own share of fame for her uncanny resemblance to Kendall.

Does she look a little bit familiar?

The twenty-nine-year-old has stunned onlookers - and sometimes her own family - with her uncanny resemblance to the KUWTK star.

Teona never actually realized just how much she looked like the reality star until she started beauty blogging in 2018.

She found herself to be suddenly inundated with comments from fans of the Kardashian family member...

But she's taken it all as a compliment (obviously).

"As soon as I started my videos and posting pictures people started commenting saying that I look like her. It is nice when you get compared to someone as beautiful as she is."

And Kendall isn't the only famous face she gets mistaken for.

Teona explained how she has been compared to the likes of supermodel, Emily Ratajkowski, and actress, Sandra Bullock.

However, Teona has admitted that all the attention can be a little strange at times...

Because, after all, she is just a normal wife and mother-of-one. "I get a lot of comments especially from her fans who actually think it's her, and my family joke that we are related somehow. It's a bit strange for me as well because at the end of the day I'm just a normal girl."

Teona doesn't even think she resembles the supermodel.

She explained: "I do get a confidence boost out of it, but I don't personally think that I look exactly like Kendall. But that's because I know that I'm quite short and she is so tall." (Teona is a whole 8 inches shorter than Kendall).

Teona has successfully built up her own successful business as a beauty blogger...

And is proud that she gets recognition in her hometown for being herself, by her own fan base. For more on the actual Kendall Jenner, keep scrolling...