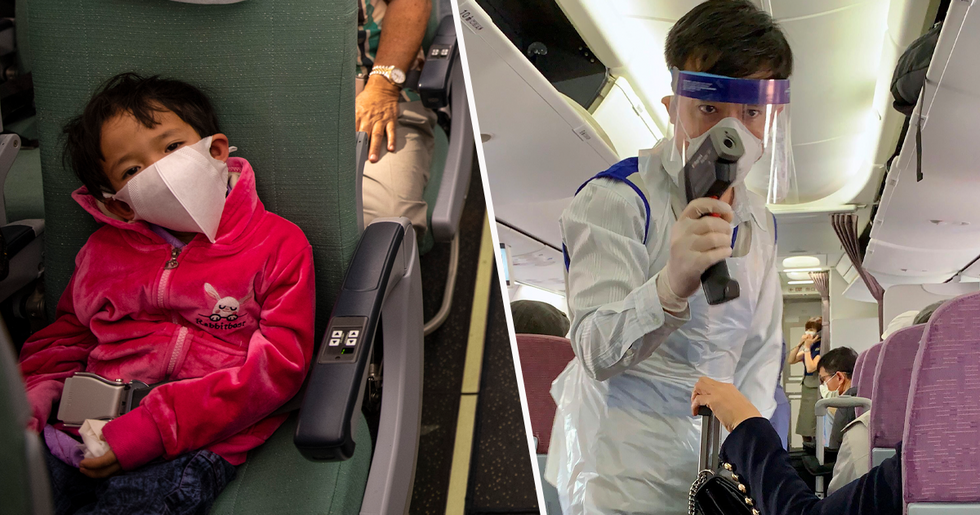 Wearing a mask has become compulsory in many public places now that things have started to re-open, however, there are certain circumstances that make it difficult for some people to follow these rules.

After one mom was thrown off a flight, questions have been raised whether there should be exceptions to the rule.

An alarming number of anti-maskers have been popping up all over the place at the minute.

They have been using the excuse that masks infringe on basic human rights...

And while masks are clearly considered essential in stopping the spread of the virus...

There are some people who will struggle physically and mentally with this more than others.

The latest story comes from a mom just trying to do best by her son.

And it's left everyone wondering if there should be exceptions to the mask rule.

And the issue has caused a serious debate on Facebook...

While infections are steadily dropping in many countries, our country continues to be one of the worst affected.

Numerous stories of these rulebreakers have been emerging...

Although this latest story begs the question should there be exceptions to the rules?

A woman who was flying home with her three-year-old son on Monday says she was thrown off the flight because he refused to wear a face mask.

Traveling with her 1-year-old daughter and 3-year-old son, who is autistic.

And it couldn't have gone any worse...

"It was just not a good morning. The aircraft was taxiing towards the runway but the boy just couldn't keep the mask on. He was screaming. He was throwing a fit. He was screaming no, no, no," Alyssa said.

A member of the crew approached Alyssa, warning her that if her son refused to wear a mask they would have to leave the plane.

She made them aware that her son suffers from a sensory processing disorder and can’t have his face touched. Facebook users have come to back her up...

She already knew she was fighting a losing battle.

The boy’s doctor gave her a note which explained his condition.

But Southwest Airlines staff refused to discuss the situation.

The airline made it clear that they had a strict rule in place for all passengers.

Which enforced face mask for those over the age of 2.

And is made clear during the booking and check-in process.

An airline spokesperson said: "If a customer is unable to wear a face-covering for any reason, Southwest regrets that we are unable to transport the individual."

Alyssa felt the airline ought to allow for exceptions to the rule for special cases.

"I think there needs to be something in place for children or even adults with disabilities who can’t wear a mask. They should have some kind of exemption," she said.

Alyssa had to arrange for a relative to drive them the 8-hour journey to their destination instead.

While this woman was trying to do the right thing by her child, most of the time anti-maskers are just looking to make trouble, which has resulted in one dad's rant being cut off by his own son...