Mom Told Unusual Name for Newborn Might Be Illegal | 22 Words 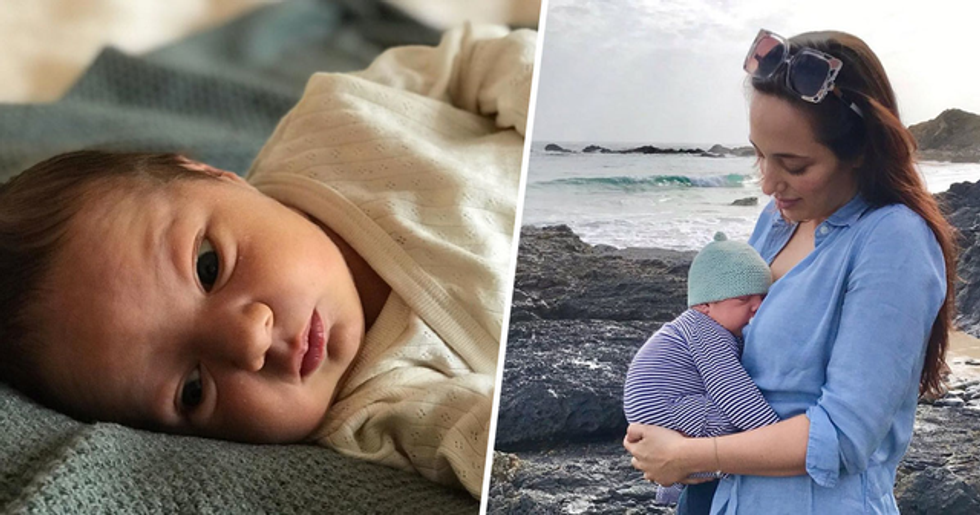 Mom Told Unusual Name for Newborn Might Be Illegal

It seems as though everybody wants the most unusual name for their child nowadays. Gone are the times when John or Claire would be sufficient - in fact, it's now as though every child out there must be blessed with a totally original creation.

Which is all fine and good - until you start to stumble into dangerous legal territory. And one mom-of-four from Australia has been facing repercussions this week, after choosing a name so controversial it has been called into question by lawmakers.

Even more surprisingly, as of right now, the mom in question is standing firm on her decision.

Having a baby is an experience unlike any other.

Bringing a new life into the world is something many agree is the best thing about being alive.

Which isn't to say it's unstressful.

Any parent will tell you that although parenthood is hugely rewarding, it's also basically a nightmare.

But there's one area which is stressful in a rather unexpected way.

We're talking coming up with baby names. Your kid is only saddled with them for the rest of their lives, after all.

And in recent years, there's been a weird trend.

It seems as though parents are attempting to come up with the weirdest possible names they can imagine, to help their kids stand out from the crowd.

Many people find this deeply annoying.

And the latest in weird baby name news has got many on the internet collectively rolling their eyes.

She's a well-known mommy blogger from Byron Bay in Australia, and she has a reputation for being something of a hippie.

She's got no shortage of kids.

And each has their own unusual name - Atlas, Everest, and Zephyr, to be exact.

And she recently had an exciting announcement.

Claire shared with her hundred and seventeen thousand followers that she was expecting baby number four.

Ten days ago, she shared the exciting news.

She welcomed baby number four into the world - a happy and healthy baby boy.

But there was a spanner in the works.

As Claire came up with her newest baby name, she was hit with opposition - from quite a surprising source.

The name in question?

Citizen is actually a problematic name for legal reasons. This is because it could technically be used as a title - which, under Aussie law, is totally out of bounds.

She shared the problems with her Insta-followers.

"Sorry this naming business has taken so long! We had a bit of a curveball when we announced your name to our family, as someone pointed out, it's possibly illegal to name you that in Australia, as it falls loosely under the category of 'title' like 'King', 'Duke', 'Lord' or 'Captain.'"

And she shared something even more strange.

Claire made the decision not to back down. "We tried to change it. ‘Disco’ even came back into play! But nothing else felt right for you as a Libra, with a [very sensible and grounded] Capricorn moon. So Citizen you are, and always will be- a Citizen of the world."

There are certain things that the Births Deaths and Marriages list bans.

These include "swear words and unpronounceable names, like symbols and numbers," and anything "contentious" - which is the category Citizen falls into.

Some have spoken out in support.

Many have said they find the name tasteful and perfectly acceptable - albeit unusual.

Although others had a different opinion.

Many find it unfair to saddle a kid with a name that could cause them problems later in life.

Someone else made this point.

It does seem like somewhat of an arbitrary rule - particularly when it's not clear that Citizen fits into any of the banned categories.

Where will this story end?

With Claire looking unlikely to back down, we wonder what the fate of Citizen's name will be!