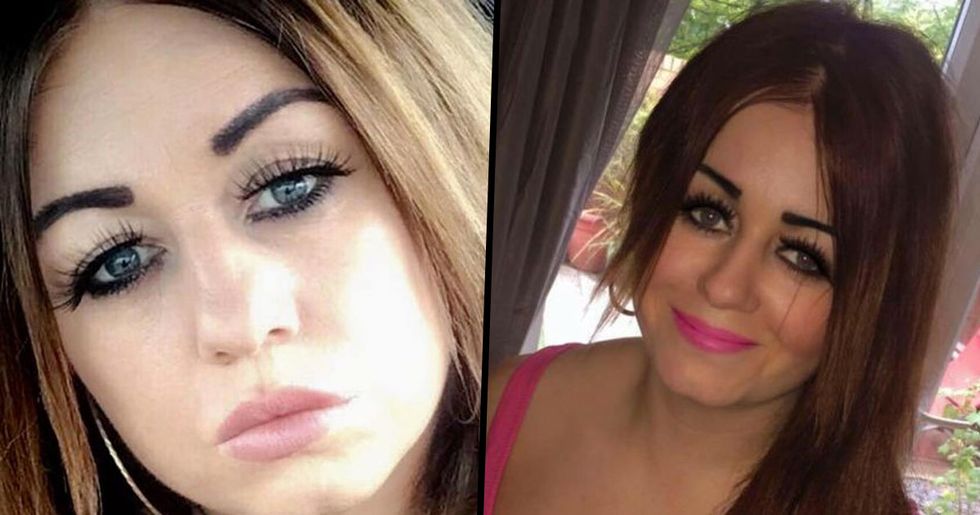 Choosing the name for your child is a pretty huge decision.

Most parents opt for names that carry with them deep and thoughtful meanings. Some name their child after their own parents, someone special to them, or a favorite location... And some name them after their favorite boozy drink. Well, one parent apparently has.

One mom in the U.K. has fallen victim to online trolls after she featured in an article about school uniforms. During the interview, she casually referenced her children, Jackdaniel and Tiamarie, and, of course, people were quick to notice the bizarre names, and have called her out over social media.

She has now insisted that they aren't named after the alcoholic beverages and has come up with an even more bizarre reason for the... unusual names.

Keep scrolling to hear the mom's ridiculous reasoning behind the names...

There are many weird and wonderful names out there.

Choosing a name is both the most exciting, yet stressful, part of having a baby. Do you give them a generic name, or do you think outside of the box and go for something a little more unique (or slightly wacky)?

There are a lot of things to consider...

Will they suit this name? Will it sound dumb with their last name? Will they get bullied in school for it? There are an awful lot of questions that you need to ask yourself when naming your child.

Celebrities usually take the crown for the strangest kid's names...

Maybe it's a statement thing, but famous people always name their children something a little odd. Like the time that Gwyneth Paltrow named her daughter Apple. Yes, as in the fruit.

Then there was Blue Ivy...

We love you, Bey, but come on. Blue Ivy? Is that even a thing?

And Kim Kardashian's name choices seem to get weirder with every child.

North West, Saint West, Chicago West, and Psalm West are all the unfortunate bearers of these, ahem, unfamiliar name choices. Though, let's be real, we wouldn't expect anything less from the Kardashian-West clan, would we?

Parents often come up with desperate excuses for their odd name choices.

"Oh but it's a blend of 4 different, yet highly important names." "I just really love this particular type of vegetable." "This name actually has a huge relevance in ancient Greek astronomy." Yeah, we've heard pretty much every badly-constructed excuse under the sun.

And one mom's excuse for her bizarre name choices has gone viral.

This week, one unfortunate mom has come under the scrutiny of social media users for the simply bizarre names that she has inflicted upon her 2 children.

They have caused a stir online.

Sarah Mennell, from Kingston-Upon-Hull in Yorkshire, United Kingdom, featured in an article regarding the cost of school uniforms. However, many people couldn't help but notice the slightly odd names of her children, which were written out as "Jackdaniel" and "Tiamarie."

In case it hasn't clicked... Jack Daniels is a popular American bourbon, and Tia Maria is a coffee liqueur. The family went viral after one Twitter user shared screenshots of the article, pointing out that the journalist may have missed a bigger story than school uniform prices.

And, just for a closer look...

Yep, it appears that Sarah has actually named her 2 children after alcoholic spirits which, if you ask me, is actually more shocking than spending over $200 on school uniform...

Though her other children have relatively normal names...

Well, when I say normal, I mean names that aren't related to alcoholic beverages. Jackdaniel and Tiamarie are just 2 of 5 children and share the family home with their 3 other siblings, Sydneyrae, Princess, and Albert.

The family have been mercilessly mocked online.

Because come on. What did they really expect? People were quick to respond to the story with some fantastically inventive liquor references.

The puns came in thick and fast...

Twitter users clearly had a lot of fun with this one. Though it wasn't all fun and games, as several social media users suggested that the names are either fake or the parents are clearly heavy drinkers.

But Sarah has now spoken out.

Poor Jackdaniel, who is twelve and Tiamarie, eleven, apparently face negativity and cruel comments over their names, but, according to The Sun, Sarah said that she and her children aren't bothered by the name mocking and are "used to any negativity."

She has defended her children's names.

Sarah and her husband, Steve Mennell, have both confronted the online trolls who laughed at their children's names. The couple stressed that the children are, in fact, not named after the alcoholic beverages, and have claimed that they very rarely drink alcohol. Sarah stated: "We didn’t drink until around five months ago when we decided to start having one night out as a married couple a month, so we are definitely not alcoholics. We are just a hard-working family who literally like a twist in names, nothing special about it and not alcohol-related."

... Which aren't related to booze. She claims that Jackdaniel is named after an athlete. "When we were having Jack I didn't know I was pregnant. I went into hospital bleeding and it didn’t look good, he was a fighter and even though I was bleeding his legs were kicking like mad on the scan," she explained. "So he got his name from the great running coach Jackdaniel because he survived this and is here today."

Her daughter was allegedly named after a Spanish waitress that the family had befriended while on vacation. "Tiamarie was actually decided on our first family holiday as a waitress was called Tiamarie in Spain." Sarah claimed, "It was Spanish and my husband's parents go quite a lot so we decided on Tiamarie. We didn't know at first, as Tia Maria is the drink, not Tiamarie, we just thought it was a bit different. And the names stuck and we weren’t going to change it just to please others."

Her other children have meaningful names, too...

Sarah has insisted that she and her husband are known for their unique twists on names. Sydneyrae, who is ten-years-old, was named after a young footballer - Sydney Rae Dwyer. Princess was named because the "name stuck during pregnancy because we used to watch Little Princess with the younger children at the time," and Albert is named after Steve's late grandfather.

However, many have been quick to note that the names are potentially cruel.

Regardless of Sarah's excuses, several social media users have still hit out at the parents, saying that such silly names will affect the kids in later life.

But Sarah is standing her ground.

Sarah hit back: "I'm not worried how his name would appear to others, he gets Jack and JD, but when meeting new people he addresses them with his full name, Jackdaniel. No one forgets their names easily." "The amount of unusual names used now it’s nothing new, it’s just times are changing and so are names."