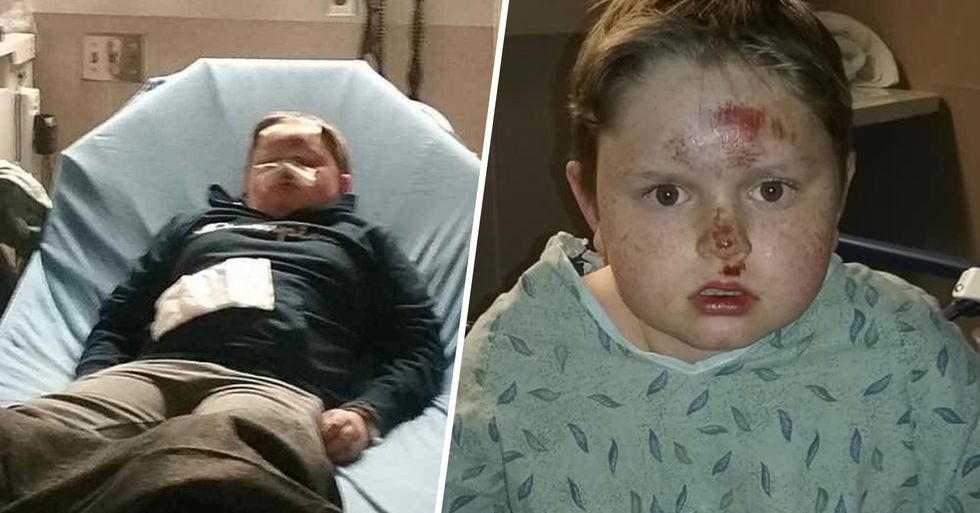 It's clear that these challenges aren't for the weak-hearted. But one that has recently taken the internet by storm looks potentially even more hazardous than the rest and it's called the "Skull Breaker Challenge." One particular mom found out the after-effects of the trend when her son was involved.

Keep reading to find out the consequences of such a dangerous challenge...

Recently, a whole new trend has been taking over and it is one of the most dangerous yet.

It is known as the "Skull Breaker Challenge."

And it involves kicking inwards at an unsuspecting person as they jump up in the air so they fall onto the back of their heads.

It can cause serious injuries to the head, neck and wrists.

2 of them decided they would subject the third to this prank in front of an audience and because she had learning difficulties, she was deemed an easy target.

And in a similar case, a young boy was left with some serious injuries.

Valerie Hodson, a concerned mother posted this warning on Facebook after her son was hospitalized when he was taking part in the challenge.

She warned other parents and children:

"On Wednesday my son was asked to do a jumping contest with his 2 friends, when he jumped up, the 2 boys kicked him, as hard as they could, so his legs flew out in front of him. He landed hard flat on his back and head, as he struggled to get up he lost consciousness, he fell forward landing on his face."

And his injuries were pretty serious...

"The school monitor ran to his side, all the while the 2 boys were snickering and laughing as his stiff unconscious body lay on the asphalt."

She clarified that her son had no idea that the boys would do that to him.

"Fast forward at the hospital, he has a head injury, stitches in his face, severe cuts inside his mouth and 2 front teeth I have to keep on eye on."

A spokesperson for TikTok recently spoke out about the issue.

They told Yahoo News that the number one priority of the platform is to keep everyone safe and they do not promote this kind of behavior. The "breaker" part of the challenge is being replaced with "saver", which is an alternate challenge used to replace this one. If you want to read more about online challenges, then keep scrolling.