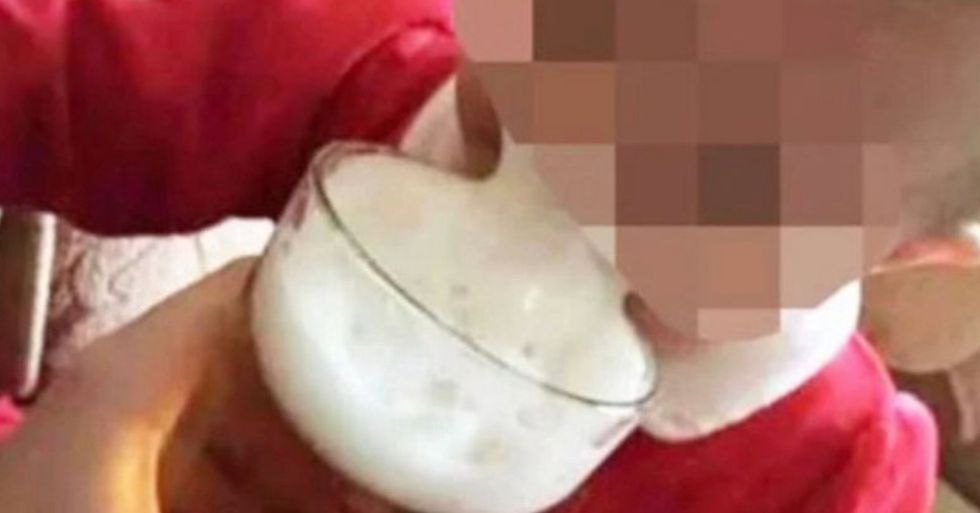 Becoming a parent is such a wonderful thing and, for some, parenting comes naturally, but, for others, not so much... One mom defends herself after being slammed online for giving her baby "some mouthfuls of beer."

But her reasons are debatable, that's for sure.

There's one big milestone that many of us will experience at some point in our lives.

And for some parents, they find the swing of parenthood straight away.

It comes naturally to them.

They already have everything figured out.

But not all have that same response.

For some new parents, it can be very hard to adjust because it is a huge responsibility.

But there are just some obvious no-no's we're all aware of...

Most parents stay away from exposing their young children to harmful substances including drugs and alcohol.

But this one mom didn't get the memo.

She recently posted a photograph on her Facebook, which was then re-shared to Reddit, and it evoked a very outraged response from her family and friends.

It showed her holding a glass of beer to her child's mouth and letting her take "mouthfuls."

The caption read: “She loves having a taste of mummy’s beer #drinkup."

It immediately went viral and other parents started voicing their opinions.

And the response was pretty mixed, to say the least, with some even coming to defend the mom.

But now, the woman in question has spoken out after all the backlash.

She was less than impressed about social media users telling her how to look after her own child, as well as threatening to call social services on her for her "reckless" actions. Yikes.

She addressed her original post with a passionate follow-up.

The mom hit back at the criticism, writing that her daughter was "having some mouthfuls of beer" and not "shooting h****n."

"Clearly you’ve all never experienced being a mum cause if you did u would know that this isn’t harmful to a baby. "My mum used to let me drink a little when I was young and would put whisky on my gums when I had sore teeth. I’d never put my baby in danger so all of you go to hell."

And just to make it explicit, she also added that her young daughter had “finished the end bit" of her beer and was still “happy and healthy."

The original photo has now been deleted from her profile. What do you think about this controversial parenting technique? For more parenting news, keep scrolling...