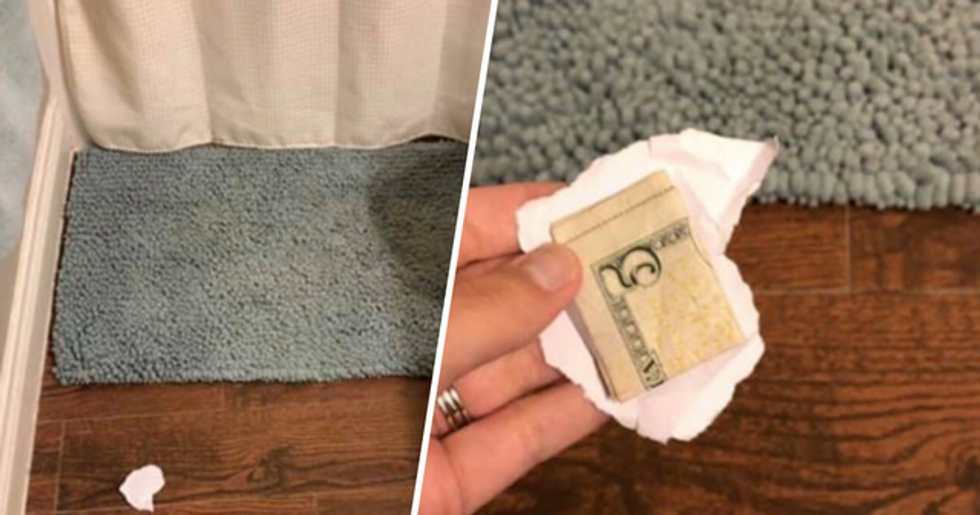 Being a mom isn't easy. But one aspect of parenting than any mom can relate to is the continual war against mess. When it seems as though you're the only one who ever tidies up, things can get pretty frustrating. And one mom decided to test this theory - with absolutely hilarious results.

The images, shared on Facebook, prove beyond a reasonable doubt, that this is one family who never picks up trash. And moms around the world can totally relate.

There's nothing as rewarding as motherhood.

And even if you try to stay relaxed ...

There are many things that make parenthood irritating.

But there's one thing pretty much every mom out there can relate to. That feeling that you're constantly fighting a losing battle against mess.

And what makes it all the more annoying?

The fact that it often seems you're fighting the war alone. Sure, you can ask your kids or partner for help - but they just don't seem to have the natural instinct to tidy that you do!

And one mom decided to test her theory.

This is Miranda Cribring, a mom-of-three from Texas. And her "test" to see if anyone else in her house ever tidies up has the internet in stitches.

Cribring was fed up with the mess in her home.

"I went into the bathroom one night and saw clothes scattered across the floor, trash (NOT in the trashcan, of course) and the rugs all ruffled and sad looking. I feel like I am constantly telling the kids to pick up after themselves," she told CafeMom.

So she came up with a scheme.

She shared this image on Facebook, dubbing it the "Who Will Pick Up the Random Piece of Trash That They KNOW Isn’t Supposed to Be There?" challenge.

But this was trash with a twist.

As a secret reward for picking up trash, Cribring hid a five-dollar bill underneath. But there was just one problem. After forty-eight hours, no one had picked it up. "Between the kids AND the husband, and MULTIPLE trips in and out of the bathroom, this little piece of heaven may just be in it for the long haul!" she wrote.

Eventually, she spilled the beans to her hubby.

"His first response was, 'Man, I KNEW I should have picked it up!' Typical. A few minutes later he came back up to me and said something like, 'But you know, honey, I left it there on purpose because I knew you were trying to prove a point to the kids...'" Hmm, we're not quite sure we believe you. Want another hilarious mothering story? Read on for one mom who got a lot more than she bargained for when she went into labor on Halloween.