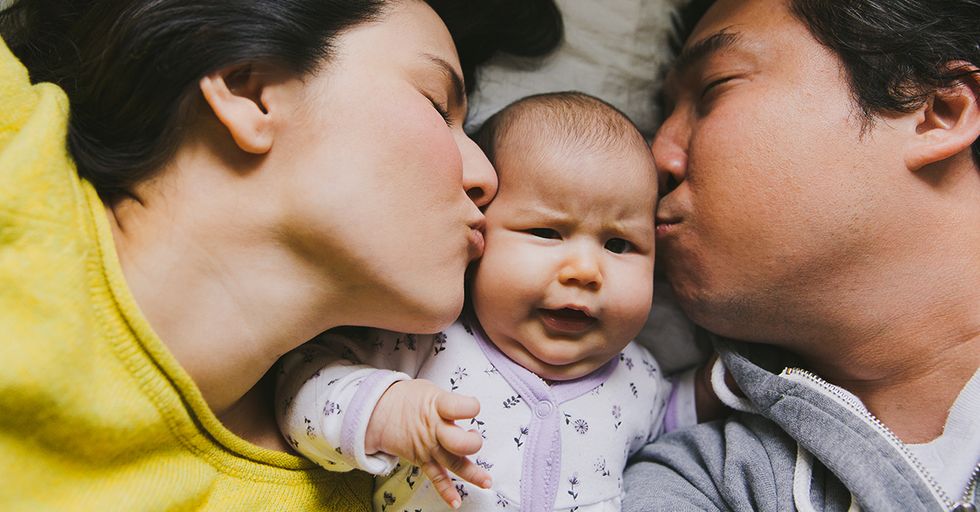 Choosing a baby's name is one of the most important tasks new parents are charged with — and one of the first. Some parents choose to honor a relative.

Some pay homage to an important historical figure. Still, others simply choose a name that sounds good and seems to fit the kid.

But what if we named children with a slightly different naming convention?

What if we actually named kids after the reasons they even exist in the first place? We'd certainly see some interesting names in the birth records.

Imagine the many "Netflix and Chill"s there'd be running around the playground.

We all know that "Netflix and chill" means neither Netflix nor chill, right? Just clearing that up.

Moms and dads soon began replying with the names their own kids would have under this new naming convention:

I don't really know how a taco truck fight can lead to a child, but as long as that kid is well cared for (and given tacos on a regular basis), I don't need to know.

Looks like this parent got an extra surprise with one pregnancy:

"What do you mean 'twins'?!" really rolls off the tongue, no? How do you feel about "Marie" for a middle name?

This mom appears to have fallen into a trap that has befallen many parents before her:

Giving your first kid a sibling always seems like a good idea until you realize you're literally doubling the amount of work you're doing. (It's usually totally worth it, though!) These next kids' names are all about timing.

You know, I'm starting to realize that naming kids after the reasons you had them might be giving people just a little bit too much information in some instances. I guess you could go with nicknames to maintain some privacy, though. For these, I recommend "Clocky" and "Rhythm."

Hey, one out of four pregnancies being planned ain't bad! (Or is that more bad math?)

"Let's be parents!" they said. "It'll be fun!" they said. And then they did it again. I applaud you, parents.

Now you've got your own personal Beyhive!

Let this serve as proof that Beyoncé can do anything. (As if we ever had any doubts.)

Short, sweet, and to the point.

There are so many cute ideas for kids' pictures on Pinterest. Obviously, you should have a kid to try them all! Next up: the danger of weddings.

Think it was an open bar?

Hey, weddings are romantic! Who could blame 'em?

We love it when a plan comes together! Twice!

Time for a PSA!

In case you didn't know, birth control pills can be less effective if you happen to take antibiotics! Teach your children. Maybe by naming them after the effect.

I don't know about you, but to me, this sounds like a great way to end up with another kid. You could name that one "I shouldn't have gone to the liquor store that one time." Next up: the real appeal of the holidays.

Something tells me the overnight getaways and New Year's Eve celebrations might be slightly different these days.

I feel like there are probably several couples out there who could have these exact same names for their kids. These situations are highly relatable.

Here's another name that could apply to a lot of kids:

These days, there might be several "I really thought she was gonna win!"s and "OH NO WHAT HAVE WE DONE?!"s running around.

Hey, at least she's honest. Who among us doesn't have some kind of issues?

This person had one of my favorite responses, though:

Dogs. Dogs are always the answer. Share this story with a parent!