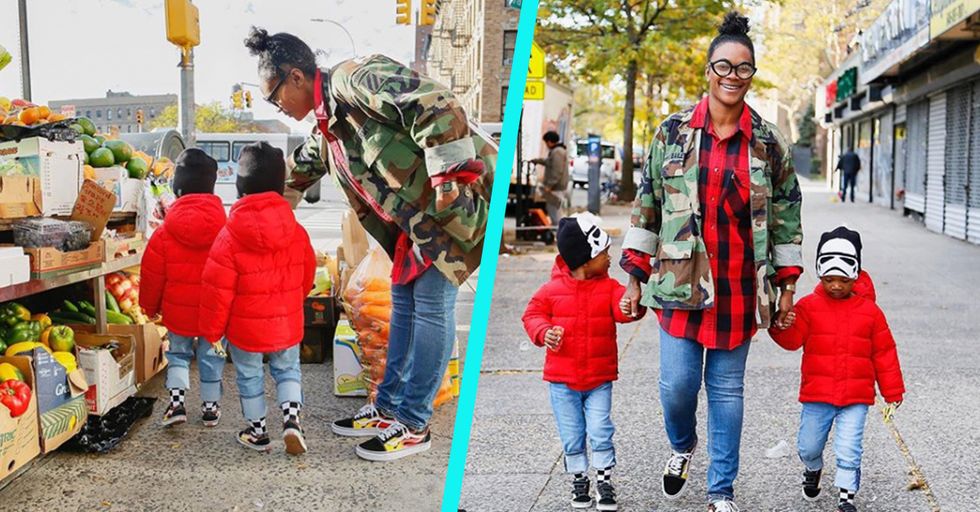 The internet is a strange place. In an instant, a person can go from relative anonymity to the center of a raging debate, the focus of the derision of strangers, or lauded as a hero. Seemingly innocuous subjects can cause unexpected controversy. Possibly the most controversial, heated, and harshly judged subject is parenthood. No matter what you are doing, a faction of the internet will think you are doing a terrible job while others will think you're doing great. When it comes to raising our kids, everyone else has an opinion.

The most internet-controversial thing we can do as parents, apparently, is kiss our children on the lips.

Olivia Wilde sparked controversy when she posted this sweet bath time moment. There are people out there who are nothing short of scandalized at the sight of a kiss on the lips. To them, it seems, lips are sexual only. Any kiss on the lips is sexual.

When Victoria Beckham shared this picture, the lip puritans once again came out with pitchforks.

Parents know that baby kisses are sloppy and wet. Toddler kisses are sweet and affectionate. All kisses for our children come from a place of love and affection. There is no place for sexuality in that relationship and it's disturbing when other people project twisted beliefs onto our sweet parenting photos and moments.

When Instagram user eyeconicash posted a sweet video of her twins, she had no idea that the trolls would come for her.

The video shows her twin toddlers hug and kiss one another as they are about to begin their school day. As mom shoots the video you can hear her ask, "Are you going to be caring friends?" The clip ends with the two boys running back to mom when she says, "What about huggies and kissies for mommy?"

Most people who commented on the video were taken in by how sweet the boys are, and by the clear message of kindness and empathy that their mom is trying to impart on them.

But some were hyper focused on the fact that the boys kissed. On the lips. This is not OK according to the trolls of the internet.

Maybe it's because they are boys? Would people react the same if it was twin toddler girls?

Maybe it's because they are black? Would it be different if these were white kids? In our current climate of toxic masculinity, one would think that teaching boys about love, affection, appropriate displays of affection, kindness, and empathy would be celebrated.

The truth is that it mostly is celebrated.

A few people took issue with it, projecting adult sexuality onto toddlers. Not only are the boys not acting out of any kind of sexual impulse, because they are toddlers, but they are also twin brothers. The bond they share is beyond the scope of what most of us will ever experience.

The fact that some people have a problem with the simple affection between toddler twins says a lot about our culture.

Why would a hug be enough? Why should we limit the way little boys can show affection? The way we raise our boys has led to some serious problems in our society. Somewhere between birth and manhood, boys are taught that feelings are feminine, for girls only. They are taught to keep their feelings to themselves in order to be manly. This is not natural to the human condition, and leads to loneliness. These lonely, emotionally stunted boys grow up not knowing how to manage their feelings. It's no wonder our men handle their emotions with violence when we've taught them from childhood that any other way is not manly!

When our men do show their emotions, or if they act vulnerable in any way, we call them women (or worse).

This mentality should offend everyone. It's offensive to women to use femininity as an insult, as if it's a lesser condition than masculinity. And it's offensive to men to foist upon them a ridiculous notion that they are only half-people. They can think and they can act, but they may not feel things.

Babies kiss what they love. It's a natural way to show affection.

No one would argue that this toddler kissing a lamb is promoting bestiality. So why should a child not kiss his brother? It's a simple expression of love.

It's hard to imagine what the backlash felt like for eyeconicash after she posted the video of her boys.

She writes, "I Would Have NEVER In A Million Years Thought That Something Posted Out Of Pure Love & Admiration For My Children Would Have Turned Into All Of This | My Parenting Has NEVER Been Attacked So Harshly In MY LIFE | I Don’t Expect Everyone To Think What I Believe Is Right But I Also Don’t Take Kindly To Disrespect | One Thing I Will Ask To All You Perverts PLEASE PLEASE Stop Sexualizing CHILDREN Especially BABIES | If This Has Taught Me Anything It’s That The World Is In A More Damaged & Scary Place Then I Thought | To All Of You Who Defended @heymasjid & I THANK YOU ?" We have real problems in our society. Twin toddlers showing affection isn't one of them.