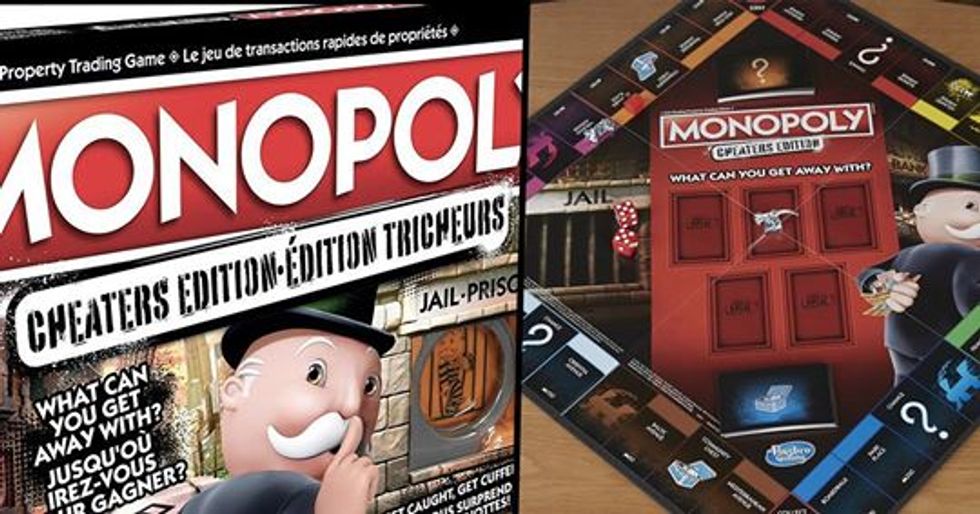 Everyone knows somebody who’s guilty of stealing during a game of Monopoly. Yes, tag them.

For those who’ve tried to avoid paying rent on Park Lane and Mayfair (guilty), then this is the game for you.

This year, Hasbro is releasing a special ‘cheaters’ edition of the famous board game.

A recent study conducted by Hasbro revealed nearly half of game players attempt to cheat during Monopoly games, so in 2018, we decided it was time to give fans what they’ve been craving all along – a Monopoly game that actually encourages cheating.

The object of the game is still to be the player with the most money at the end of the game. But the rules can be bent. This edition, players get away with cheating as many times as they can during game play – sounds reasonable. It means players can skip extra spaces after rolling the dice to avoid squares they don’t want to land on, they can actively try to avoid paying rent, and slip a few extra bills from the bank when no one’s looking. Tick, tick, tick.

As well as the standard Community Chest and Chance cards, the Cheater’s Edition will also come with 15 cheat cards.

Here’s a list of some of the cheats in the game:

1. Stealing money from the bank 2. Placing a hotel on one of your pieces of property 3. Removing a hotel from someone else’s property
4. Taking an extra $100 in Monopoly money from the bank when you pass go. 5. Moving another player’s token instead of your own on your turn. 6. Giving someone less money than you owe them. 7. Collecting rent for someone else’s property